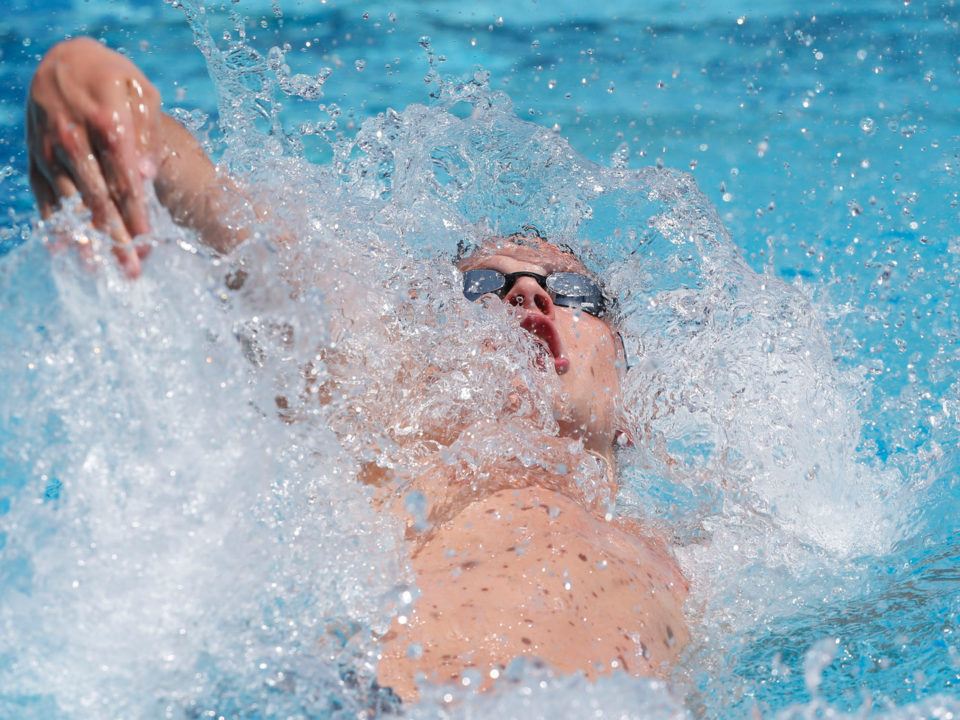 Justin Ress tuned up for the U.S. Olympic Trials with two huge personal bests, including the #2 time among all Americans this season in the 100 back. Archive photo via Tim Binning/TheSwimPictures.com

Justin Ress tuned up for the U.S. Olympic Trials with two huge personal bests, including the #2 time among all Americans this season in the 100 back.

Swimming at the NC NCAC Long Course Qualifier in North Carolina, Ress went 53.00 in the 100 long course meter backstroke. That marks a drop of 0.26 seconds from his previous best, set back in 2018 at Summer Nationals. This season (stretching back to September of 2020), only one American man has broken 53 seconds. That’s world record-holder Ryan Murphy, who went 52.95 in Atlanta last week. Ress sits #2 nationally and should be inside the top 10 in the world this season even when our world ranks update:

Ress is an NC State alum competing for Wolfpack Elite. He also hit a new personal best in the 50 free, going 22.31.

Current NC State swimmer Hunter Tapp also had a huge 100 back swim. Tapp entered the meet with a lifetime-best of 55.49 hit back in December of 2019, before the COVID-19 pandemic. Tapp crushed a 53.95 to improve his standing among the Wave II U.S. Olympic Trials qualifiers.

Keeping the NC State backstroke prowess moving, current NC State swimmer Katharine Berkoff hit a new season-best of 59.38 in the 100 back. Berkoff is just a tenth away from her lifetime-best, hit while winning gold at the 2019 World University Games. She now sits #5 in the U.S. ranks for this season in what could be one of the most crowded Olympic Trials fields of any event.

A few other notable swims from the North Carolina meet:

Death, taxes, and the depth of American backstroke

And the dearth of US men who are competitive on the world stage in the 1500.

They need to step it up. Ress is way ahead of them

I win, you lose

I win, you lose

A reminder of the heady days of Yuri Gagarin and Sputnik when the world trembled at the sound of the Soviet rockets:

People sleep on Ress but after his awesome ISL season I think he could final in the 100 and 50 free at trials and could push Cassas for the 2nd 100 back spot.