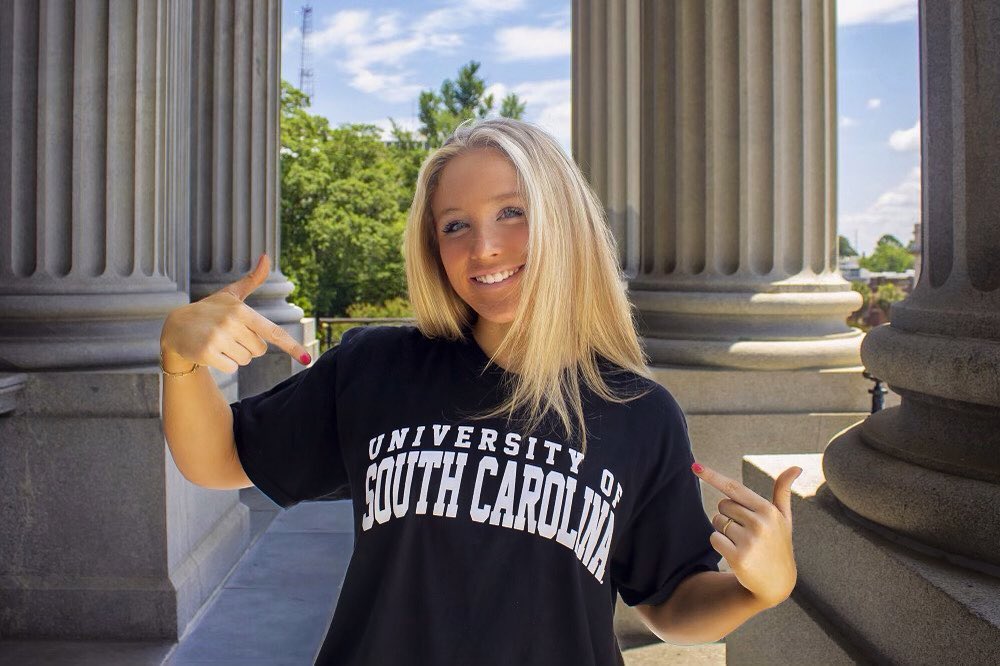 Jane Koch attends high school just two miles from the University of South Carolina campus. She'll stay close to home with her commitment to swim for the Gamecocks in 2023

High school junior Jane Koch has verbally committed to swim at the University of South Carolina beginning in the fall of 2023. Koch is a Columbia, South Carolina native, who trains with Palmetto Aquatics and Dreher High School, which is located just two miles from her future college campus.

At the most recent South Carolina High School State Championship meet, Koch finished 3rd in the 50 free and 4th in the 100 free in Class 4A, which is the middle of the state’s three public high school classifications by enrollment.

Earlier that year, during her freshman season of high school at just 14 years old, she swam a best time of 53.76 in the 100 free that is still her best time two years later.

Koch is very much a project pickup for the Gamecocks – and she’s already showing some potential in the long course season, matching her personal best in the 50 meter free two weeks ago. Her time there was 28.47. She also swam a best time in the 100-meter fly of 1:05.62, a new best time by over a second.

Her commitment is still part of an important narrative for the Gamecocks. Last season, only 8 out of 43 athletes on the women’s swimming & diving roster came from South Carolina. While Jeff Poppell, who is entering his second year leading the Gamecocks, has turned to international signings to rebuild, he is also making a push in-state. Besides Koch, South Carolina has also added one of the state’s top juniors, Delaney Franklin, in the class of 2023.

Poppell is still reaching wide for this class, including to the states of Alabama, New Jersey, Wisconsin, and Iowa, but he is also rebuilding relationships within the state. There is some good, young talent coming through the pipeline in the state, including rising junior Hayden Penny, where those relationships could pay off for the Gamecocks.

Congratulations! Best of luck on you academic and athletic journey! You earned it!

when is it my turn to be a child of nepotism

“Last season, only 8 out of 43 athletes on the women’s swimming & diving roster came from South Carolina.”

Fantastic. Now do the men’s roster…

None of the men last year were from South Carolina.

When I read it back, my comment sounds harsher than it was meant to be. I was simply pointing out the lack of South Carolinians on the Gamecocks’ rosters. So even though this athlete may not be entering Columbia as the fastest swimmer on the team, we should be applauding Poppell for signing in-state recruits, something that was not done consistently in previous years. They have done a better job on the women’s side, but if my memory serves me correctly, there were 2 men from c/o 2018 who swam for the cocks, and then you go all the way back to 2014 before you find more. Perhaps once this new staff gets more established the top SC boys will… Read more »

Parents probably work for the university.

Get a life instead of criticizing a 16 year old high school kid you loser.

Not criticizing. Was just thinking her parents worked for the school since she lived that close.

Do a sliver of research before you comment then loser. You comment on swim websites about high school kids. Get a life.