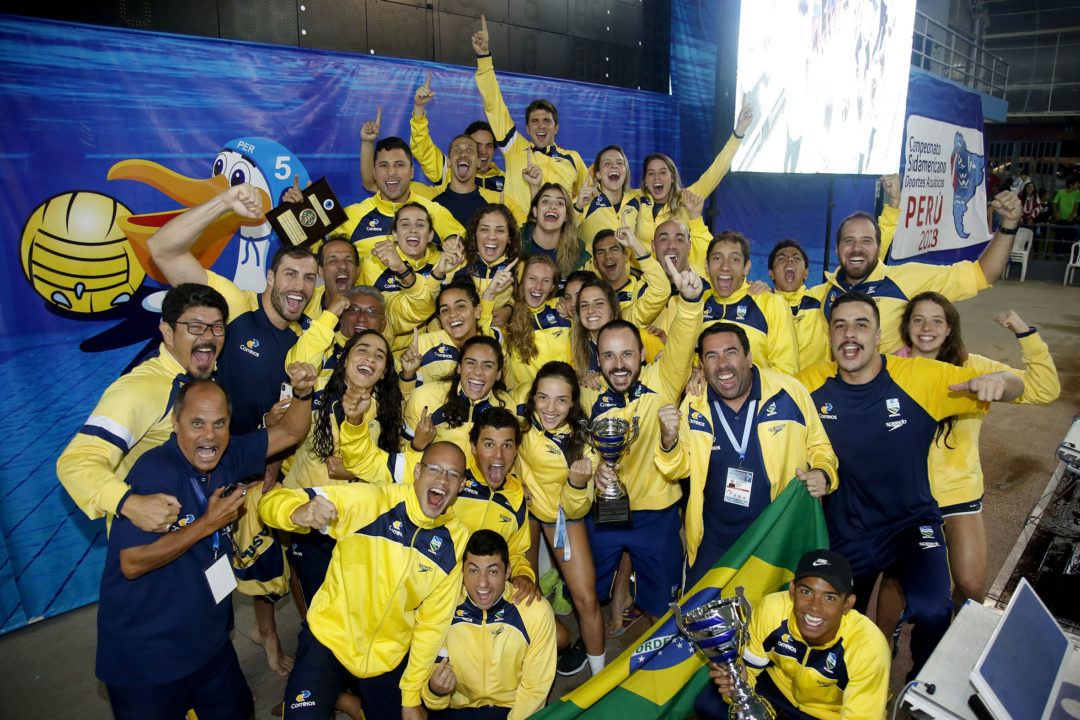 Brazil came away with the overall team title from the swimming portion of the 2018 South American Championships. Archive photo via Satiro Sodre/SS Press

Brazil polished-off their domination of the 2018 South American Championships with 6 wins in 8 events on Sunday.  That includes an upgrade to gold for 21-year old Giovanna Diamante in the 100 fly, which she won in 59.66, after taking silvers in both the 50 and 200 fly.

Argentina’s Julia Sebastian broke the Meet Record in winning the women’s 200 breaststroke, leading the field by almost 5 seconds to win in 2:26.54. That broke her own record set at the 2016 championship in 2:27.03.

Hers was the only Meet Record of the day, and one of two gold medals at a successful meet for Argentina. They won 11 gold medals, which is just 1 shy of the 12 they won in 2014 (not the last edition of the meet, but the last edition in a non-Olympic year, which is key for scoping the competitive balance of the event).

Medals Table After Conclusion of the Meet

Argentina defeated Brazil in women’s trophy for the first time since 1980.A lot of praise for Bill Sweetenham from our team,for his guidance and support.!a great atmosphere of sport competition on these five days with Brazil.