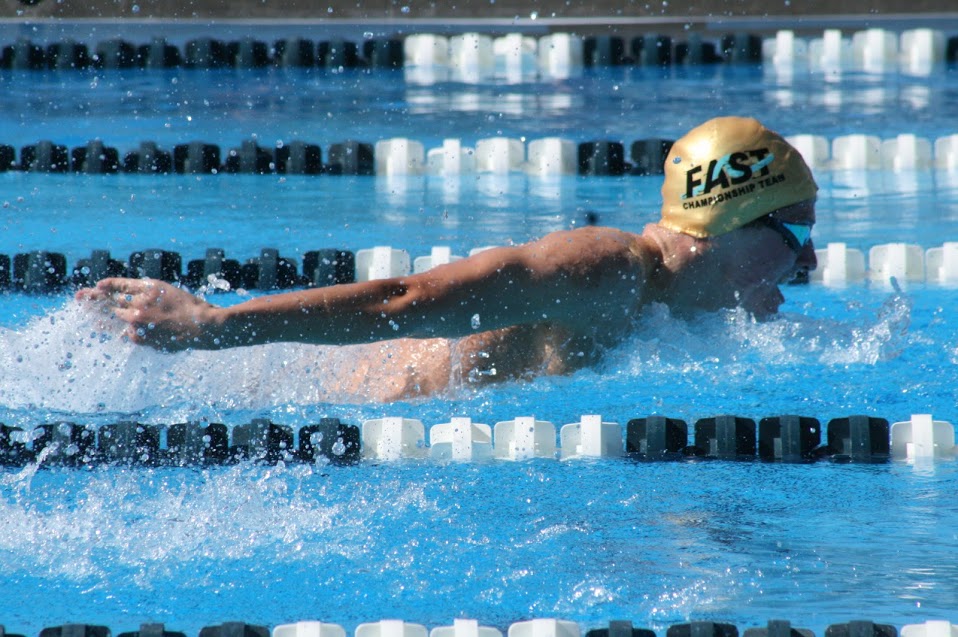 14-year old Erika Pelaez swam two lifetime bests en route to two wins, and Josh Zuchowski swam another lifetime best of his own on Saturday at the Piranhas Senior Invite in Florida.

The weather conditions were less-than-ideal on the third day of the meet, with pouring rain throughout the evening and a thunder-and-lightning delay, but the session wound up finishing with a mix of wins from some of the youngest participants and some of the most veteran participants.

Pelaez, the youngest winner of the meet so far, added two more victories to her tally on Saturday, bringing her to four so far in the meet.

She then returned later in the session to win the 50 free in 25.84. Her 25.83 in prelims was a new best time, knocking a tenth from her previous fastest time.

Peleaz also has a trials cut in the 100 free, which she’s entered to race on Sunday. If she drops as much time in that race as she did in the 100 back, that would put her into the Wave 2 meet.

Another young winner on Friday was 16-year old Josh Zuchowski. He topped the 200 IM in 2:04.52, which undercut his best time by just over a second. That swim ties the Florida Gold Coast LSC Record for 15-16 boys. The existing record was set in 2015 by Nikita Treyakov when he was swimming at the Russian National Championships.

That win came after a runner-up finish in the 100 fly on Friday, which also saw him drop a second to go 55.58.

On the other end of the experience spectrum are Alia Atkinson and Bruno Fratus, who also picked up wins on Saturday evening.

Atkinson showed off her sprint versatility by winning both the 50 breaststroke (31.25) and 50 fly (26.97). Added to earlier victories in the 100 breast and 100 fly, she has now four individual wins this weekend, plus a 200 medley relay victory.

Atkinson isn’t entered in any races on Sunday, so her meet appears to be over.

Fratus, meanwhile, showed up his sprint specialty, winning the 50 in 22.33. Fratus, the defending World Championship silver medalist in the 50 free, is based in Florida. He also swam at Florida’s Sectional Championship a few weeks ago, where he swam 22.10.

Fratus is entered in the 100 free on Sunday as his only other race this weekend.

Other Event Winners on Saturday:

What team do they swim for??

Do you coach any of these swimmers, if so you can list who they are.