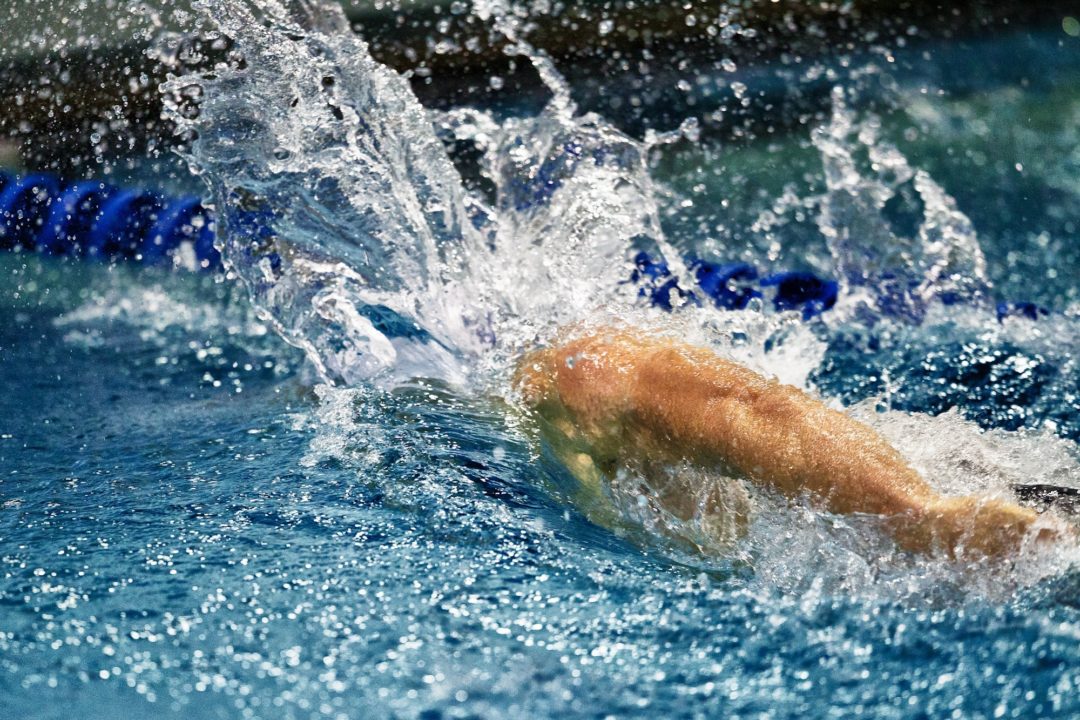 In the 10 & unders, Joy Jiang won two more races to hit 10 wins for the week. Meanwhile Josh Zuchowski swept the 9-year-old heats and Lance Godard did the same for 10-year-olds.

In the 11-12 bracket, Vinny Marciano continued to rise, breaking another National Age Group record, this time in the 50 fly. He also won the 200 free in a quick time.

Vinny Marciano won two more events as he continued to rule the 11-12s. Marciano broke yet another NAG record in the 50 fly, bringing his total to 5 for the week. His 23.63 took down Michael Andrew‘s 11-12 mark.

The 11-year-olds’ 50 fly was an outstanding race. The Fish’s Leo Goldblatt came up with the victory, but had to fight off Mason Makos Anthony Grimm. The two finished in 26.32 and 26.35 respectively. (Goldblatt also took a tight race in the 200 free later on, going 1:57.43 to hold off a host of challengers).

For the boys, Aquastar’s Christopher Hardt took the younger heat at 4:30.32 while Poseidon swimmer Adam Kerr won the 12-year-old heat. Both wins were substantial.

400 IM winner Travis doubled up in the 200 free, going 1:56.21 for the title. In the 12-year-old heat, sprinter Christina Cianciolo won for Clearwater, holding off a late charge from distance swimmer Madelyn Donohoe of The Fish. Cianciolo was 1:52.80 to Donohoe’s 1:52.97.

Michael Andrew closed out his official 13-14 career with three wins, though he broke no NAG records on the night. Perhaps Andrew’s most impressive swim was his 21.38 win in the 50 fly, a career-best by a tenth. His butterfly has been on this weekend, especially in the sprints; he broke the 100 fly NAG earlier in the meet in a very impressive 46-second swim.

Andrew also won the 400 IM and 100 breast. That IM race was 3:55.36, a solid three seconds off his personal best. The 100 breast Andrew went 54.70, an easy win but still nearly a second behind his NAG in the event. In hindsight, it appears Andrew might have showed some fatigue towards the end of this meet after spending his last few weeks at age 14 putting together a torrid pace of meets and NAG record attempts.

Kristen Romano of Town Wrecker got another win in the 400 IM. She went 4:21.50 to top Marcella Ruppert-Gomez by two seconds.

Both girls 50 fly races were nail-biters. In the 11-year-old division, Katrina Marty nipped Kasja Dymek by just .02, going 25.29 for the win. Then in the older heat, Samantha Suer of Chenango Aquatic went 25.88 to knock off Chiara Pierobon Mays‘s 25.98.

They boys 200 free was one of the craziest finishes of the night. Rising sprinter Daniel Krueger ran down top-seeded Vance Sanders and touched him out by just .01 to take the final 1:39.82 to 1:39.83.

Olivia Paoletti completed her sweep of the 14-year-old breaststroke races, going 1:04.49 to win the 100 breast easily. The 13-year-old heat went to Rabea Pfaff at 1:05.96, a drop of just over two seconds from prelims for the Delaware Swim Teamer.

I am very pleased with that 50 fly time by MA, even though I am not a fan of him wasting his energy on events that mean nothing. I like that time though, I really do. It’s so incredibly fast.

I’ve just watched a few race replays and in my opinion, races of the day were probably the 200 free races. Most of them were very close with good times at the end. Just a few examples. Cianciolo won the girls’ 12-year-old category in 1.52.80 just ahead of distance swimmer Donohue in 1.52.97. Kruger won the boys’ 14-year-old category in 1.39.82 just ahead of Sanders in 1.39.83. Another great day for Mr Marciano. 50 fly and 100 free NAG records. His speed was crazy this week. Mixed feelings for Mr Andrew to close his 13/14 career. A disappointing (for him) 400 IM in 3.55.36. Perhaps it’s too long. He has the record in yards but still has everything to prove… Read more »