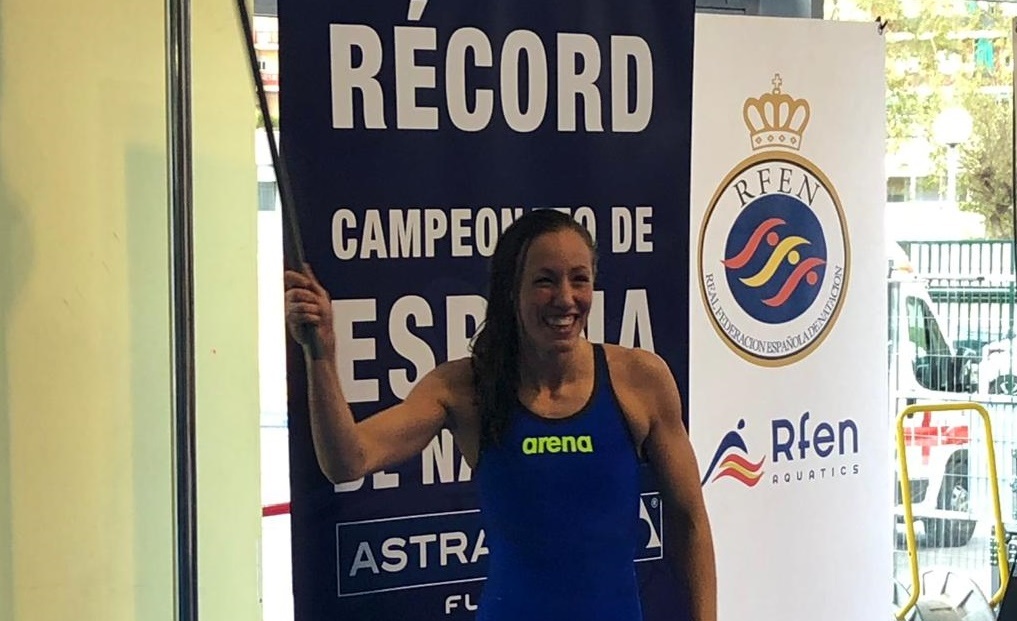 Jessica Vall broke her own Spanish national record in the semi-finals of the women's 50 breaststroke at the 2019 Spanish Open Swimming Championships. Current photo via Rodrigo Gil-Sabio (RFEN)

In the opening two days of the 2019 Spanish Open Swimming Championship, Jessica Vall broke her own open championship and Spanish national record in the 50 breast with a 30.89. Her leading semifinals time is just outside the top 5 in the world this year. Vall’s previous record of 31.10 was set at last year’s Spanish Open meet in Malaga. Later in the finals, however, Belgium’s Fanny Lecluyse defeated Vall by 0.04 seconds and won with a 31.47.

Breaking the women’s 200 back open championship record was Africa Zamorano, who took the top spot in prelims with a 2:09.60. Her time just dipped under her old open record by one one-hundredth, which was also set at last year’s Spanish Open. In the final, Zamorano remained on top with a 2:09.63, winning by nearly 4 seconds.

More highlights from the first 2 days of the championship include:

Great report! Mireia Belmonte a Jimena Pérez just qualified for Worlds in 1500 free. Come on Spanish swimmers, you can do it!! =)

Poor results, low level. Spanish swimming is in the doldrums.

The 200 breast result looks pretty good to me