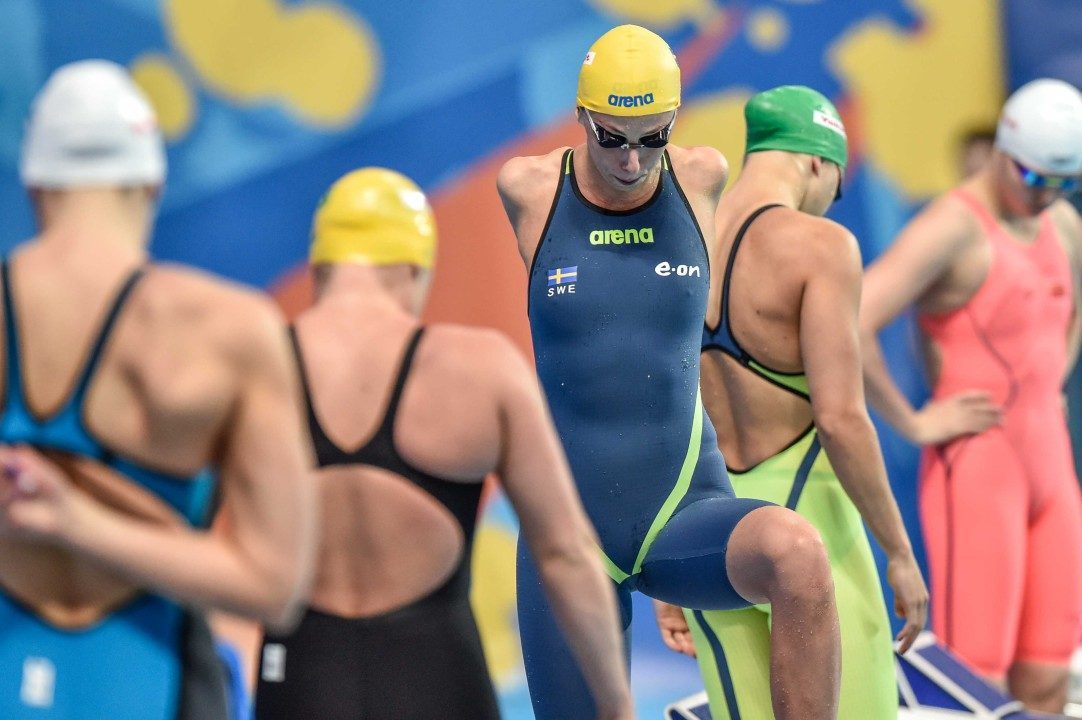 Sweden’s Jennie Johansson shocked the crowd at the 2015 FINA World Championships, taking the 50m breaststroke world title over the top breaststrokers in the world.

Reaching in for gold, Johansson stopped the clock with a 30.05, coming back on the field in the latter part of the race in order to win the final.

That time for Johansson bettered her 30.23 Swedish national record that she set at the 2013 national championships.

A multi-time European Championships medallist, this is Johansson’s first time ever winning a medal at a world championships. In 2013 when she set her record, she ended up fifth overall.

Tonight, she beat all those who kept her from achieving her podium dreams in 2013. Defending champion Yuliya Efimova of Russia ended up finishing third this time around in 30.13.

That was just one one-hundredth of a second ahead of world record holder Ruta Meilutyte who ended up fourth in 30.14. Jessica Hardy who also finished on the podium during the 2013 world championships was third in 30.20.

Going with Johansson was Alia Atkinson who got the most out of her touch in order to secure a silver medal. The Jamaican Olympian broke her own national record of 30.17 in order to touch behind Johansson.

Johansson will be swimming the breaststroke leg on Sweden’s 4x100m medley relay later in the session.