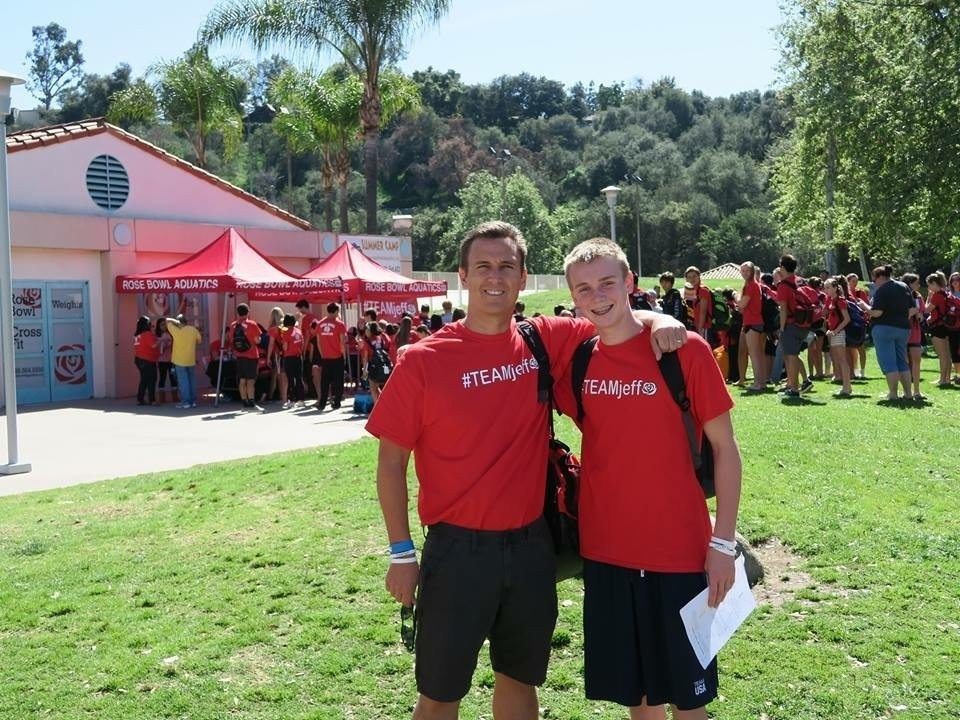 Julian described what it's meant to him to see so much support from the swimming community as he undergoes cancer treatment. Archive photo via Jeff Julian

Rose Bowl Aquatics head coach Jeff Julian has continued to receive an outpouring of support from the swimming community since he was diagnosed with stage 4 stomach cancer back in September, and spoke about it recently on Fitter & Faster’s Coaches Corner segment with Mike Murray.

Julian, also the head coach of the International Swimming League’s Cali Condors in 2019 and a former assistant at USC, was asked by Murray what it means to him to see support from all over, including swim teams using #TEAMjeff on their websites.

He also gave a message to his fellow coaches, saying that although they may not always see the impact they’ve made on the sport and its athletes first hand, it’s there more than coaches tend to be aware of.

“Those that are truly committed to this sport and truly giving their heart and soul to this sport…I also offer back that you may not get the opportunity to hear from everybody the same way I have,” he said. “There’s a lot that you don’t hear or see that are there because of the impact you’ve made on people. So I think that is what’s meant so much.”

Prior to his stomach cancer diagnosis in September, Julian was diagnosed with stage 4 lung cancer back in January of 2015.

As of November 25, Julian’s GoFundMe page had raised over $54,000 to help cover medical expenses, well over its stated goal of $40K. The page’s latest update on November 10 announced that new #TEAMjeff bracelets have arrived, and that all donors will receive an email on how to receive them.

So thankful for this opportunity to speak with Jeff; this interview was fun, informative and emotional.