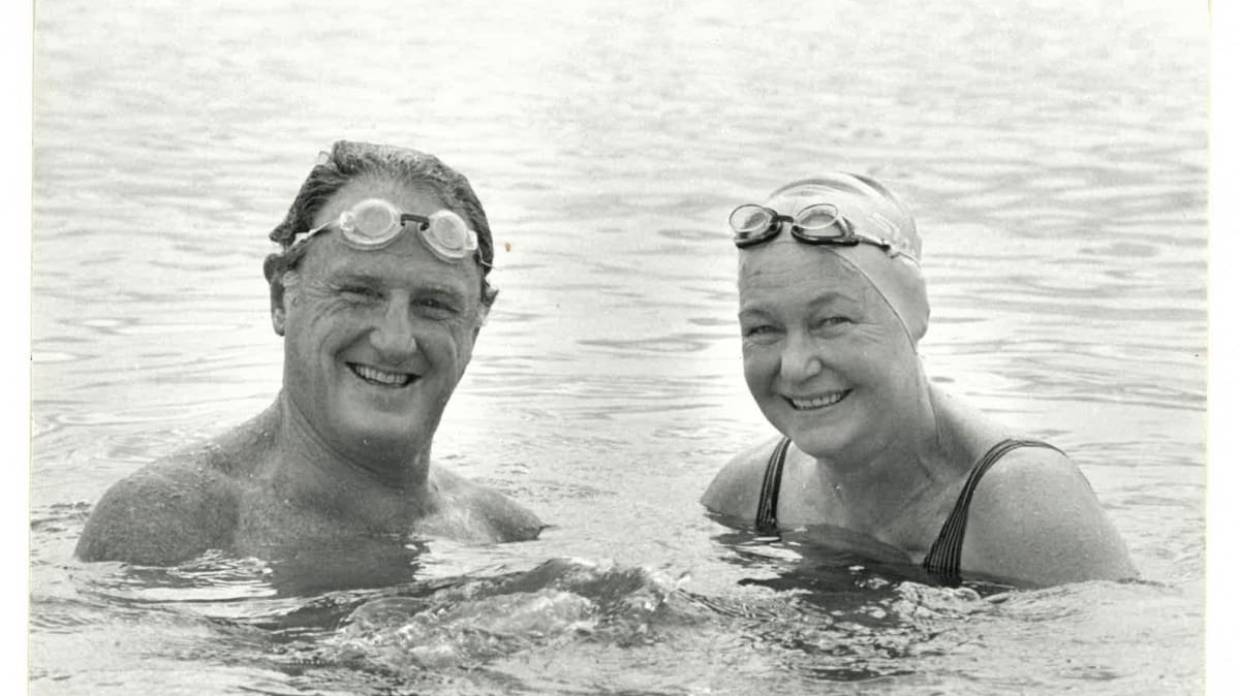 On Saturday Jean Hurring (above-right), the only New Zealand woman to win an Olympic medal in swimming, died at the age of 89. Pictured with husband Lincoln. Archive photo via The Hurring Family Collection

New Zealand’s Short Course Championships are still set for October but will be changing venues due to coronavirus restrictions.

On August 8th Jean Hurring, an Olympic swimming legend from New Zealand, died at age 89. Her cause of death has not been made public. She is one of eight pool swimmers to be inducted into the New Zealand Sports Hall of Fame.

Hurring made history when she won bronze in the 100m backstroke at the 1952 Olympics in Helsinki. Jean Stewart, at the time, was ranked fourth going into the final and touched the wall at a time of 1:15.80. There was some confusion when officials argued whether she was third or fourth, initially claiming she tied with Dutch swimmer Johanna de Korte. They eventually determined she had out-touched Korte and won the bronze.

Hurring’s road to the Olympics was not easy. Training opportunities were hard to come by, so much so that in Finland leading up to the Games, Jean trained at the Yrjönkatu Swimming Hall, a facility that did not allow bathing suits until 2001. The concept of swimming nude did not scare the determined backstroker.

68 years later, Jean retains a lot of respect and admiration from her fellow athletes as she is the only New Zealand woman to win an Olympic medal in swimming. When the news of her death became public, Joan Harrison, the gold medalist in the 1952 women’s 100 back from South Africa, sent flowers to Hurring’s daughter, Kim, with a card that read, “she was a lovely lady.”

Jean eloped in her 20’s and married Lincoln Hurring, her 1952 Olympic teammate, who died in 1993. She is succeeded by her two children Kim and Gary. Her son Gary also pursued swimming and he is now a notable name in New Zealand, winning gold at the 1978 Commonwealth Games, and becoming the NZ head coach at the Rio Olympics in 2016.