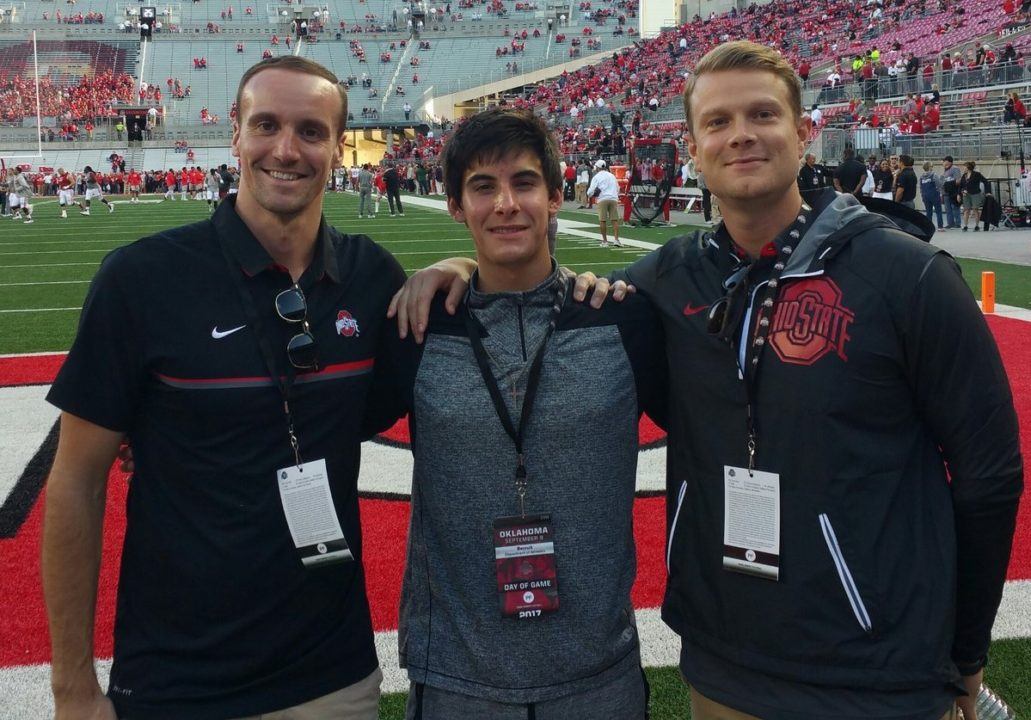 Jason Mathews of Westerville, Ohio is now the third member of the Ohio State Swim Club to make a verbal commitment to the Buckeyes for 2018-19. Current photo via Jason Mathews (Twitter)

Jason Mathews of Westerville, Ohio has announced via social media that he verbally committed to The Ohio State University for the 2018-19 season.

“Excited to announce my verbal commitment to The Ohio State University! So thankful for family & friends who have been a part of this journey”

Mathews swam for Pickerington High School North for his first three high school seasons. Over the summer his family moved, and Mathews transferred to Westerville North High School which he will be representing his senior year. He explained to SwimSwam, “I am registered with Westerville North High School, but I attend classes full-time at The Ohio State University through the College Credit Plus program that allows me to attend college in lieu of high school.  I have been attending college classes on college campus since my sophomore year.  It is a cool program that gives me college credit for my courses and [allows me to] complete my high school requirements at the same time.”

Mathews will enter Ohio State’s class of 2022 with OSSC teammates Benjamin Kuriger and Hudson McDaniel, as well as Lain Weaver and RJ Kondalski, bringing the Buckeyes’ verbal commit count to 5.

Excited to announce my verbal commitment to The Ohio State University! So thankful for family & friends who have been a part of this journey pic.twitter.com/QufB1tDu9J