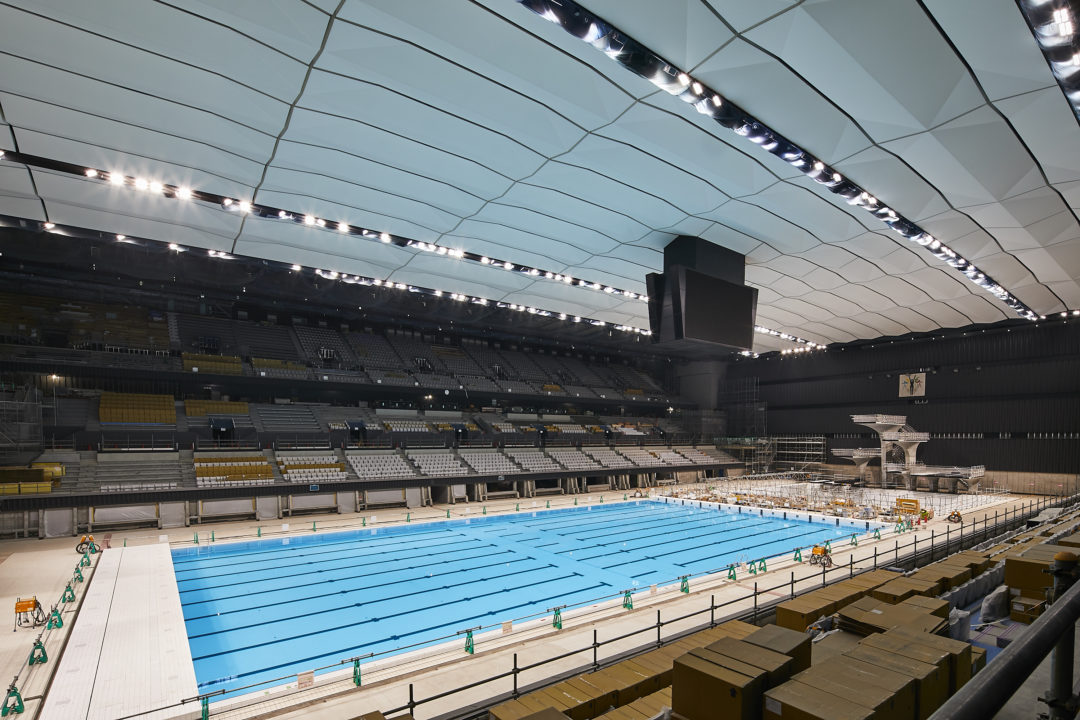 Due to the ongoing threat of the coronavirus (COVID-19), the Japanese Para Swimming Federation has just cancelled the Para Olympic Swimming Trials. Archive photo via Tokyo 2020

We reported how the Niigata Open and Kanazawa Open swimming competitions for able-bodied swimmers were both cancelled by the Japanese Swimming Federation due to health concerns, but now an even more impactful meet has been eliminated.

Due to the ongoing threat of the coronavirus (COVID-19), the Japanese Para Swimming Federation has just cancelled the Paralympic Swimming Trials (Spring Championships).

Originally slated for March 6th – March 8th in the Shizuoka Prefecture, the organization’s Trials are now in limbo, with the possibility of them being held towards the end of May instead.

Per the official announcement, “The time and method of selecting the Tokyo 2020 Para Swimming National Team will be discussed, but we are possibly considering the Japan Para Swimming Competition to now be held on May 22nd – May 24th.

“The entry fee will not be refunded, but instead will be applied to next year’s Para Swimming Spring Championships.”

The Japanese Para Swimming Federation announcement also stated that it asks for understanding in response to the urgent announcement.

As of publishing, there are 88,371 confirmed cases of COVID-19 worldwide, with 256 of those stemming from Japan. To note, Japan’s population hovers around 126 million people, but the influx of travelers to the nation will be growing rapidly in the next several months as the globe gears up for the 2020 Olympic and Paralympic Games hosted in Tokyo.

So, you have a question there? Or just an excess of punctuation?

The correct term is Paralympic.

An earlier version of the article used the term para Olympic trials rather than Paralympic trials. I was very surprised that swimswam messed it up. Usually they do a good job with paralympic terminology.