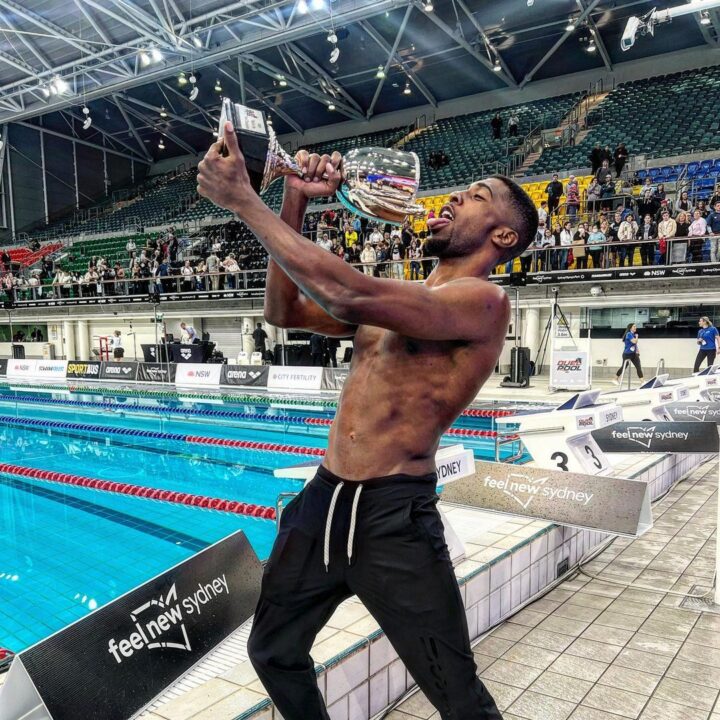 American swimmer Jamal Hill at the 2022 Duel in the Pool. The week after, he raced at the Australian Championships and broke 7 US Records. Current photo via Jamal Hill

American swimmer Jamal Hill went big down under at the Australian Short Course Championships. Part of a group of American men who stuck around after the Duel in the Pool spectacle last week to get some extra racing in, the 27-year-old Hill broke seven American Records across four days of racing.

Hill only swam prelims of all seven races in the multi-class events.

“It feels great to come out here and break some records,” Hill said post-race. “I’m really looking forward to continuing to build on this momentum going into the end of the year.”

Hill represented the US at the Tokyo 2020 Paralympic Games, where he won a bronze medal in the 50 free in the S9 classification. Hill won the same medal in June at the World Championships.

No one swims 25 meters, publicity stunt

Break? I think you mean destroyed.

That’s the Pride of Inglewood right there!!! WTG Jamal!!!

what disability does he have because he looks great