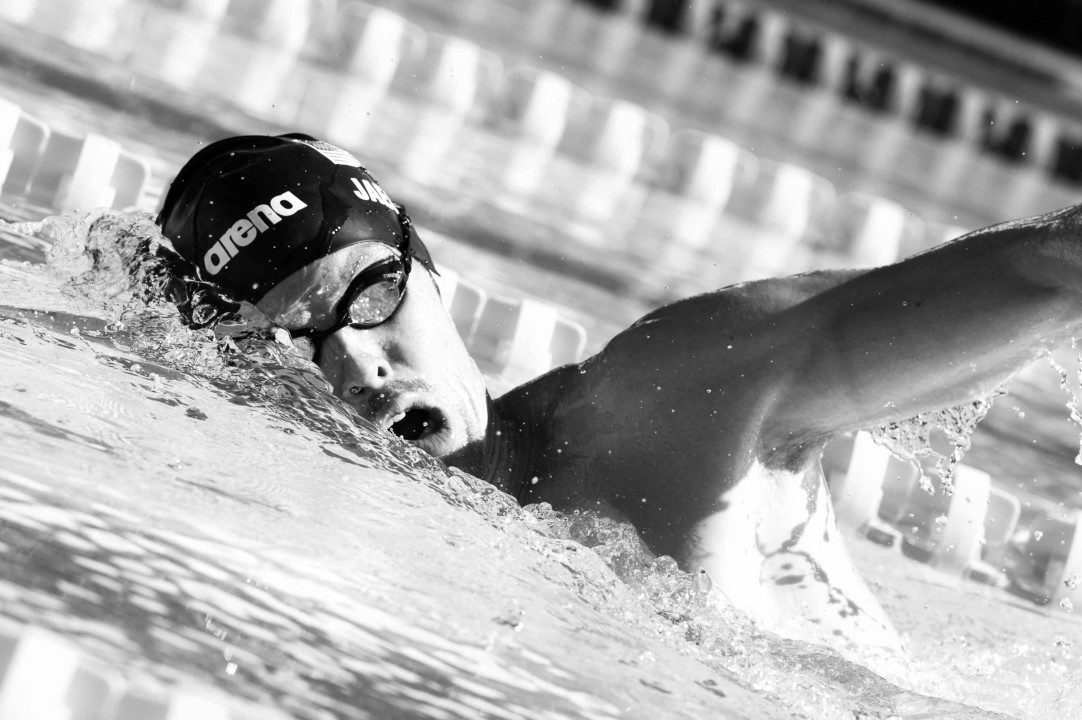 Two athletes known for their endurance topped the money lists at the 2015 Arena Pro Swim Series at Santa Clara, with Connor Jaeger leading all men and Katinka Hosszu topping the women.

Jaeger had himself an outstanding weekend, winning two money-earning races and taking second in another. The wins came at the farthest ends of his distance spectrum, in the 200 free and 1500 free. Jaeger was also second to Michael McBroom in the 400, and was also second in the non-Olympic-distance 800 free on day 1 (though only Olympic distance races give out Pro Swim Series points and money).

That netted the Club Wolverine pro a paycheck of $2,600, $400 more than the next earner, Michael Phelps.

Hosszu stayed in her familiar position atop the women’s money lists, taking in $5,600 on a 5-win weekend. That’s Hosszu’s second-best single-meet performance on this tour, just $400 shy of her money haul in Charlotte last month.

*A reminder: these lists track money earned, not necessarily money accepted. Athletes maintaining amateur status for high school or college swimming have restrictions on how much money they can accept. Those athletes are marked with an “A.”

Your funny! Obviously the the prize money is symbolic. Most earn significantly more from endorsements. However only the very top earn enough to make a living from swimming.

Swimmers may be the only athletes for whom this money really makes a difference. At the least it will cover their travel expenses and

Swim Fan II – the Pro Swim Series only gives out points and money for Olympic distance races, so the men’s 800 free doesn’t count towards either man’s money total.