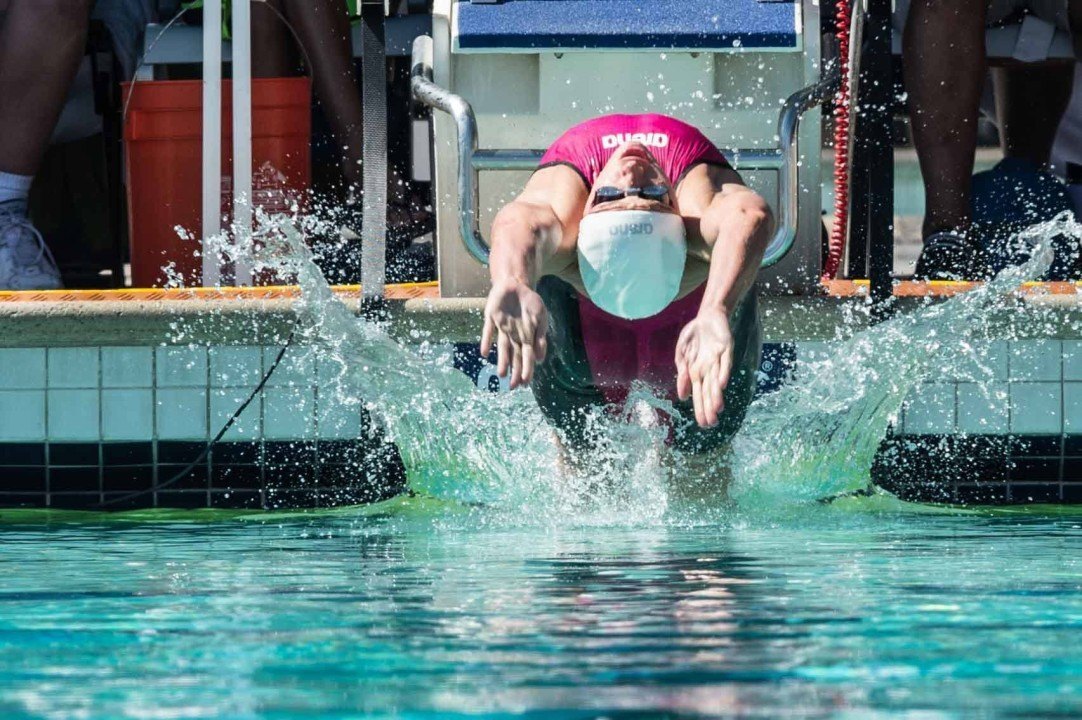 A full year has passed, but not much has changed atop the Arena Pro Swim Series leaderboard. Current photo via Mike Lewis/Ola Vista Photography

A full year has passed, but not much has changed atop the Arena Pro Swim Series leaderboard.

Conor Dwyer and Katinka Hosszu have both repeated as Pro Swim Series champions after the wrap-up of the series tonight in Santa Clara, California.

Neither race was really in jeopardy heading into this weekend. Dwyer didn’t even have to compete in Santa Clara to ice his title. He came into the meet with 61 points, leading Tyler Clary by 21. Clary put up 4 points this weekend, not nearly enough to catch Dwyer for the title.

The battle for second was fantastic, though. Distance man Connor Jaeger made a big run with a huge Santa Clara weekend. The Club Wolverine swimmer won the 200 and 1500 frees and took second in the 400, racking up 13 points to push Clary. (Jaeger also took second in the 800, but that event doesn’t yield points as it is not an Olympic distance). That huge haul wasn’t quite enough to pass Clary, though, as Jaeger came up one point short.

On the women’s side, Hosszu didn’t need anything more to pad her lead, but that didn’t stop her from doing it anyway. The Hungarian put up her second-best single meet of the tour, claiming 5 point-scoring wins and 28 points to nearly break 100 points on the series. She had more than double the runner-up.