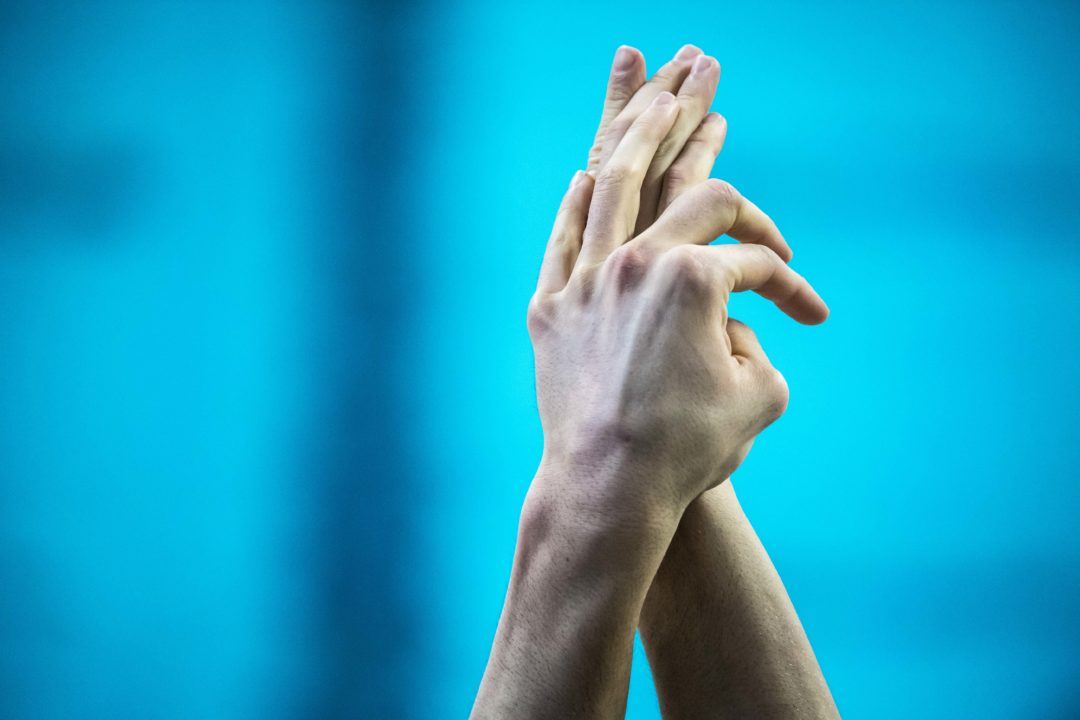 Swimming at a hosted meet at Pond’s Forge in his team’s May Long Course Meet, Whittle swam a 53.79 in the 100 free. While technically swimming in the 14-year olds race, as they were categorized by year of birth not date of birth, he won’t actually turn 14 until September, 2018.

The time breaks the 2017 record set by Ned Sharp at 53.85. Before Sharp, the record of 54.21 by Jack Smith had stood since 2009; Smith is currently racing for Columbia University in the United States.

“Jacob is a great kid with a top attitude,” said Derventio coach Jamie Main. “This season he’s grown not only in stature but more in terms of how he races & manages a meet. This is important as he races every event in the programme across a season from 50m to 1500m Free, both IM’s and all strokes. It’s always a busy meet for J but lots of fun racing different distances & strokes. Huge credit has to go to his coach, Jack Chambers, who is doing a great job at developing our age group swimmers. Also to Jacob’s home coach, Glenn Fisher, at Ripley for his early skill development work.

“His parents are very supportive with Mum being on our committee & Dad volunteering at every meet.”

Whittle’s other results on the weekend (LCM):

Yeah but these are boys chalmers was already a man at 13.

Pretty incredible, but Chalmers may already have been a pretty big guy.

that one never gets old

Accounting for the effect of diving, he negative split his 100!

Hi there Jacob did 53.61 short course and then 53.79 long course and hopefully goes for a quicker time before he becomes 14. Kind regards Brad

And got beaten by a new face at 15 . That is age group swimming for you , another kid came come out of the blue . As long as everyone realises a jr fast time / win is just a place in time then it’s all good . Otherwise it becomes a burden .

Hi. I am from South Africa. We have a swimmer by the name of Luca Holtzhausen. He is 13-14 age group and swims a 52.14 long coarse and 52.08 short coarse. 0lease compare this with world age group rankings.