IU and PUI Are Splitting Up. What Does That Mean for the US’ Biggest Natatorium? 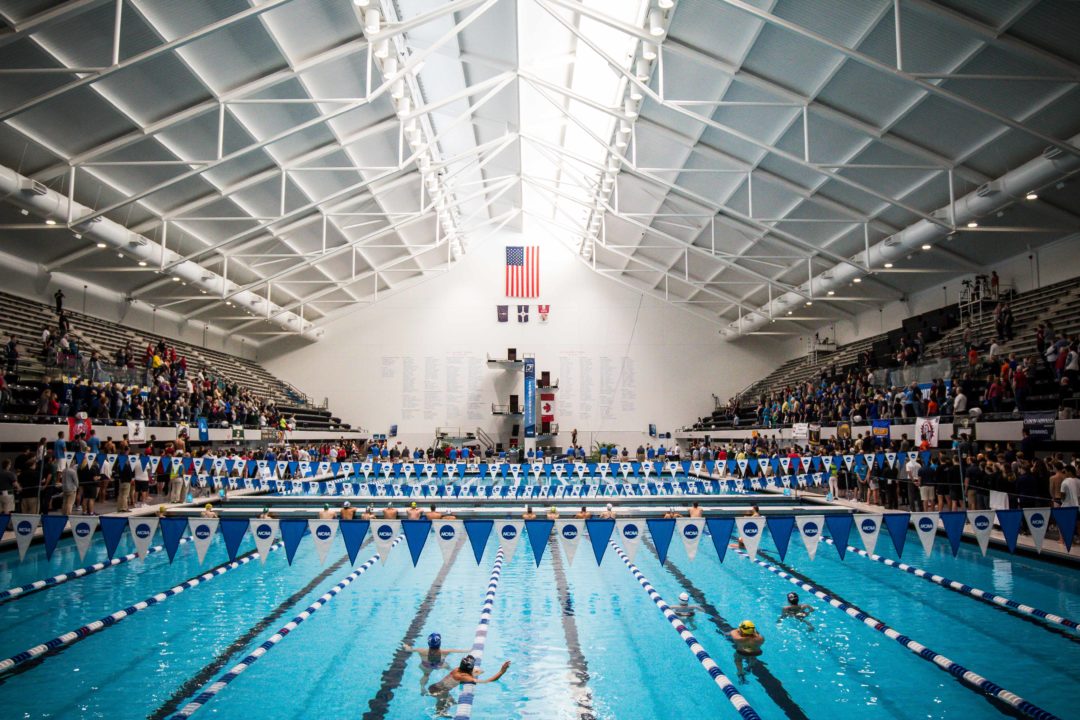 IUPUI is home to the United States' bigger permanent natatorium. But the school has announced that it will go through a breakup between now and 2024. Stock photo via Jack Spitser/Spitser Photography

Swimming’s most famous educational co-op will undergo a split after more than 50 years as a joint venture.

Indiana University-Purdue University Indianapolis, more commonly known as IUPUI, is splitting up, with the state’s two flagship universities deciding to split the project into two. The move is expected to come in time for the start of the 2024-2025 academic year.

The school has operated as one since 1969 since Indiana and Purdue merged their programs in Indianapolis to create a research institution. The split bucks the trend around academia of merging of major institutions, as has been recently seen, for example, at Long Island University and with three Division II schools in western Pennsylvania.

Among the changes will be a new name for the institutions.

All of this becomes significant because the school is home to the IU Natatorium at IUPUI which opened in 1982. The pool has, for decades, been the crowned-jewel of American swimming and is one of the largest indoor pools in the world by permanent spectator capacity.

The facility underwent $20 million in renovations in 2016. It has permanent off-deck spectator capacity for 4,700 off-deck plus an additional 1,500 on deck. The facility includes a 50-meter competition pool, a separate 50-meter instructional pool, and a 25 yard diving well.

Across all sports, 138 American Records and 19 World Records have been set in the facility, as have 14 Olympic Trials meets, and the 2017 World Junior Swimming Championships. The facility will also host a stop in the upcoming FINA World Cup Series in swimming, which returns to the US for the first time since 2012.

The split is not a total breakup: the two schools will continue to occupy the same campus, which is owned by IU, and Indiana will continue to provide some administrative services for both institutions.

Indiana will also continue to proctor the campus’ Division I athletics program under the name Indiana University Indianapolis (IU Indianapolis). Purdue will use its portion fo the campus as an academic extension of its main campus, and has not yet announced a name.

The two schools have not yet finalized how they will divide facilities, but it is expected that the natatorium and the human performance lab in the basement will remain with IU. IU has pushed hard for a rebrand of the facility as the “IU Natatorium” in recent years, though that has created some confusion among swimming fans with the large natatorium at the Bloomington campus.

“This bold move will allow us to more effectively provide the world-class higher education and research capabilities needed by the state at a time when economic and technological forces are driving enormous change. So the new framework calls for a more energized role in Indianapolis for both universities with an even greater number of graduates who are ready to participate in our modern economy,” Pamela Whitten, president of Indiana University, said Friday.

The school also says that its current plan is to keep IU Indianapolis athletics in the Horizon League, for now, which means an NCAA Division I institution (though other external factors besides the split could impact that).

The school has not yet provided full details on what the intercollegiate athletics program will look like in 2024, or whether students from both schools will be able to continue competing for the IU-Indianapolis athletics teams.

Purdue will be responsibility for engineering, computer science, and technology programs, while the remainder of the programs will stay under the IU-Indianapolis banner.

Purdue president Mitch Daniels told Indystar that most of the school’s current varsity athletes come from the IU-Indianapolis portion of the campus.

“We hope that there’ll be an opportunity, whether any meaningful number ever take it or not,” he said. “We think many of them will only be here for a year studying and working. We do occasionally have a computer science major or an engineering major on a varsity team, but the demands of a Purdue education, especially in those areas, are pretty severe. I don’t think it’s going to come up too often, but we definitely will work with IU. We hope that the NCAA will give some leeway to this unusual arrangement in the event that that person comes along.”

There is a prior case for this, as the two schools in 2018 split up their partnership at IUP-Fort Wayne, which became just Purdue Fort Wayne in July 2018. There, IU students who were enrolled at Purdue Fort Wayne were not allowed to compete in Division I athletics, with three student-athletes requesting waivers.

Former SwimSwam staff writer and current Nashville Aquatic Club coach Tony Carroll, who swam at IUPUI, says that he earned an Indiana degree, but that several of his teammates earned Purdue degrees, based on what they were studying.

Last season, the IUPUI men and women both finished 3rd out of 7 teams at the Horizon League Championships.

I am not sure what the “though other external factors besides the split could impact that” comment is alluding too, and you might very well know something that I don’t, but I am pretty close to the pulse of IUPUI Athletics and leaving division 1, let alone the Horizon League, is no where on anyone’s radar.

My son was a computer engineering major while swimming there just a couple of years ago. His roommates also graduated with a Purdue degree. So maybe a smaller group but on the swim team it was a significant group.

When my son swam there about half of the Men’s team were engineering majors and many more the sciences – so lots of Purdue degrees handed out. It was a huge draw for swimmers not fast enough and with deep enough pockets to attend Purdue. Don’t think any other sports will be as impacted as Men’s swimming- and those engineering students contributed significantly to the team GPA. It will be unfortunate if the Purdue – Indianapolis athletes lose an opportunity to swim because of this split – especially those current athletes who will not graduate prior to the 24/25 year. Their top male diver was a freshman last year and he is a mechanical engineering major. This listing of athletes… Read more »

Does that mean we don’t get to pronounce it “Ooey-Pooey” anymore?

I’ve been workshopping “Ooey-I,” though I think the I at the end is superfluous flourish because “Oeey” sort of already covers the “I”.

6
-2
Reply
Amanda
Reply to  JP input is too short

Funny, since I just called a friend to say the “Ooeys” and “Pooeys” are splitting up and they knew exactly what I was talking about!

But a big glass pane right down the middle

2004 Short Course Worlds were held at Conseco (now Gainbridge) Fieldhouse, not at the Natatorium.

That was one of the cooler setups for a meet I’ve ever been to.

That’s why they have bulkheads. I’ll see myself out.

that was really funny. Tip your waitstaff, swimmmer will be here all night folks.