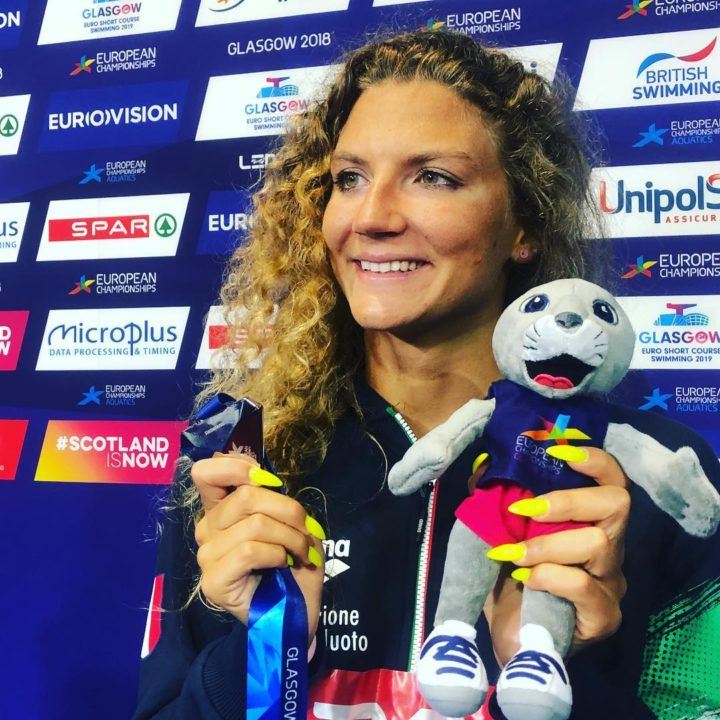 Italian National Team Director Cesare Butini has announced a roster of 42 swimmers for the 2019 World University Games (Summer Universiade) that will compete from July 3rd-14th in a home arena in Naples, Italy.

Alongside athletes with experience in international competitions, there will also be swimmers who will be making their senior international debuts.

Swimming will be held in the first half of the World University Games, and then 4 Italian athletes will rush off to Gwangju, South Korea for the World Championships that begin on July 12th. Domenico Acerenza, Ilaria Cusinato, Matteo Ciampi and Silvia Scalia have been targeted by Butini as possible Universiade medalists who will then shortly after participate in the World Championships.

24-year old Domenico Acerenza is one of the group’s veterans, having also taken part in the last edition of the Universiade in Taipei in 2017. He will swim in 400/800/1500 free in 2019: his final year of eligibility for this meet.

Joining him on the team is Cusinato won two silver medals at the 2018 European Championship in the 200 and 400 meter IMs.

“The Universiade has always represented a very important appointment in the technical program of our national teams” Butini said.

“In the 2019 edition, we selected a very qualified roster. In the team there are athletes at the top of the national rankings and also athletes, with an important international focus, who are part of our national team”