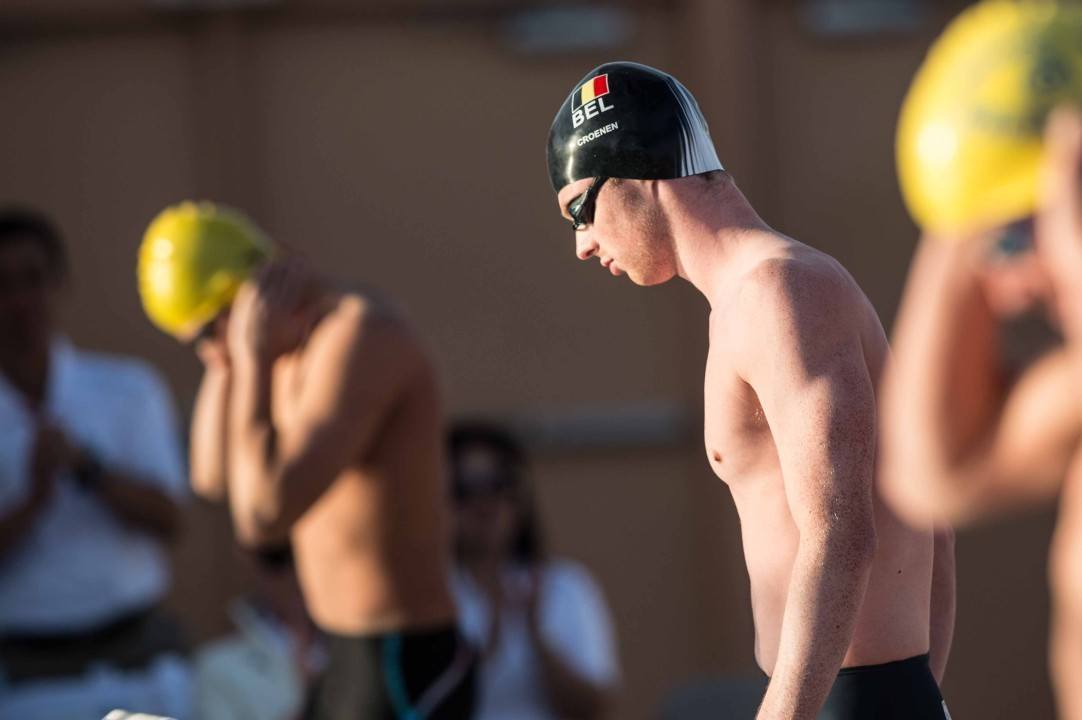 First in the women’s 400m freestyle, 18-year-old Valentine Dumont fired off a new Belgian standard of 4:10.72 en route to silver. That mark lowered her own national record of 4:11.12 she set at the 2018 Sette Colli Trophy. You can read more about Dumont’s new record here.

Wining the women’s 400m free was visiting Hungarian teenager Anja Kesely. Fresh off an impressive performance at the FINA Champions Series in Budapest, where she knocked off two Chinese swimmers to take the 400m free crown (4:05.92) in front of her home crowd, Kesely clocked 4:10.20 tonight to top the podium.

Last night we saw Fanny Lecluyse secure a World Championships bid in the women’s 50m breaststroke, but the 27-year-old veteran came up short tonight in the 100m breast. Although she beat the field handily in the only sub-1:10 mark of the field, her winning time of 1:08.15 fell short of the 1:07.43 minimum time standard needed to qualify for Gwangju.

Another big name also wound up not making the grade, as Pieter Timmers missed the QT in the men’s 50m free. After establishing himself as the top-seeded swimmer with this heats time of 22.55, the 31-year-old 100m freestyle Olympic silver medalist added slight time to ultimately touch in 22.63. That was .01 shy of gold, as Jasper Aerents hit the wall first in 22.62.

A time of 22.18 is what the men needed at minimum to qualify for this summer’s World Championships.

One man who did get the job done, however, was Belgian national record holder Louis Croenen. The 25-year-old Olympian cracked a winning 200m fly time of 1:56.66, his fastest of the season. Splitting 55.42/1:01.24, Croenen crushed the field, whose next closest time came in at the 2:01 mark.

Croenen’s time tonight beats the 1:56.75 he produced back in Budapest at the 2017 edition of the World Championships, a time that rendered the Belgian 17th after heats. Last year at the European Championships, Croenen tied for 4th with a time of 1:56.33, a mark just .30 faster than his time tonight.