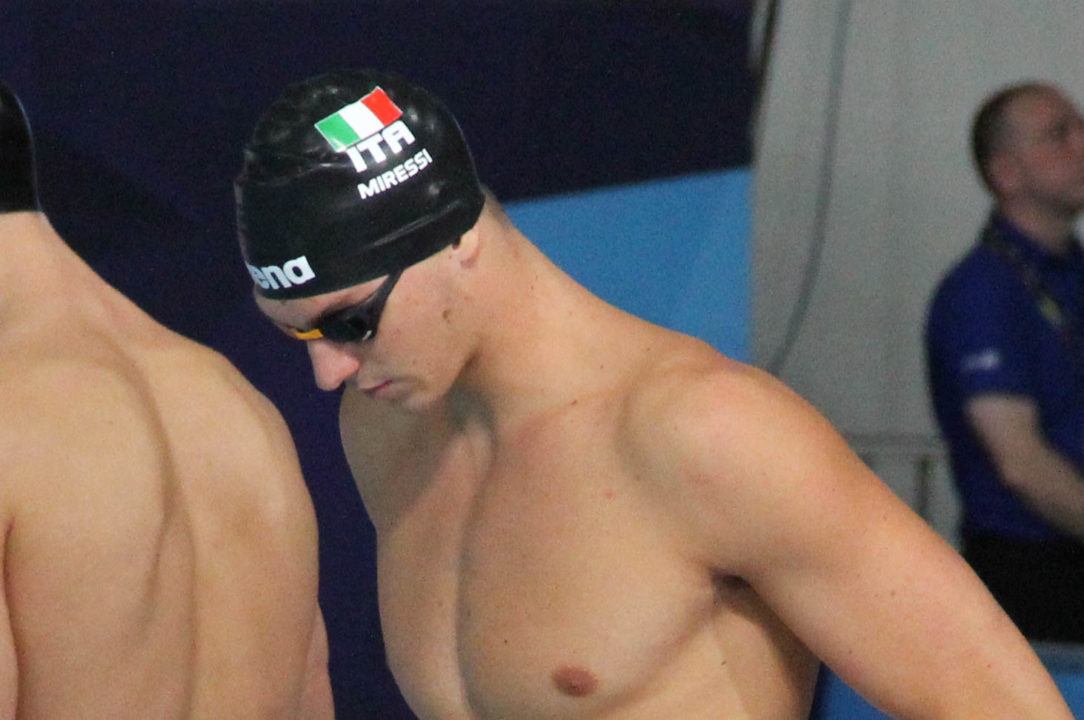 The Italian men fought their way to a fourth-place finish in the final of the men’s 400 free relay on the opening night in Gwangju, breaking their National Record in a time of 3:11.39.

The quartet of Santo Condorelli, Manuel Frigo, Luca Dotto and Alessandro Miressi combined for that time to take out the 3:11.48 mark that was established back during the 2008 Olympic Games.

That team was made up of Alessandro Calvi, Christian Galenda, Marco Belotti and Filippo Magnini, as the team placed fourth in that epic final in Beijing.

Going leg-by-leg, the main difference between the two teams was that they had all three of their swimmers with a takeover split under 48 this year, with Frigo’s 47.29 the fastest.

After Condorelli put them eighth after the lead-off, Frigo moved them up into fourth and then Dotto had them third at the final exchange. On the anchor leg, it was current world #1 Kyle Chalmers who overtook Miressi to help Australia win bronze in 3:11.22, splitting 47.06.

EvEn wHeN he LoSeS SaNtO gEtS aN aRtIcLe