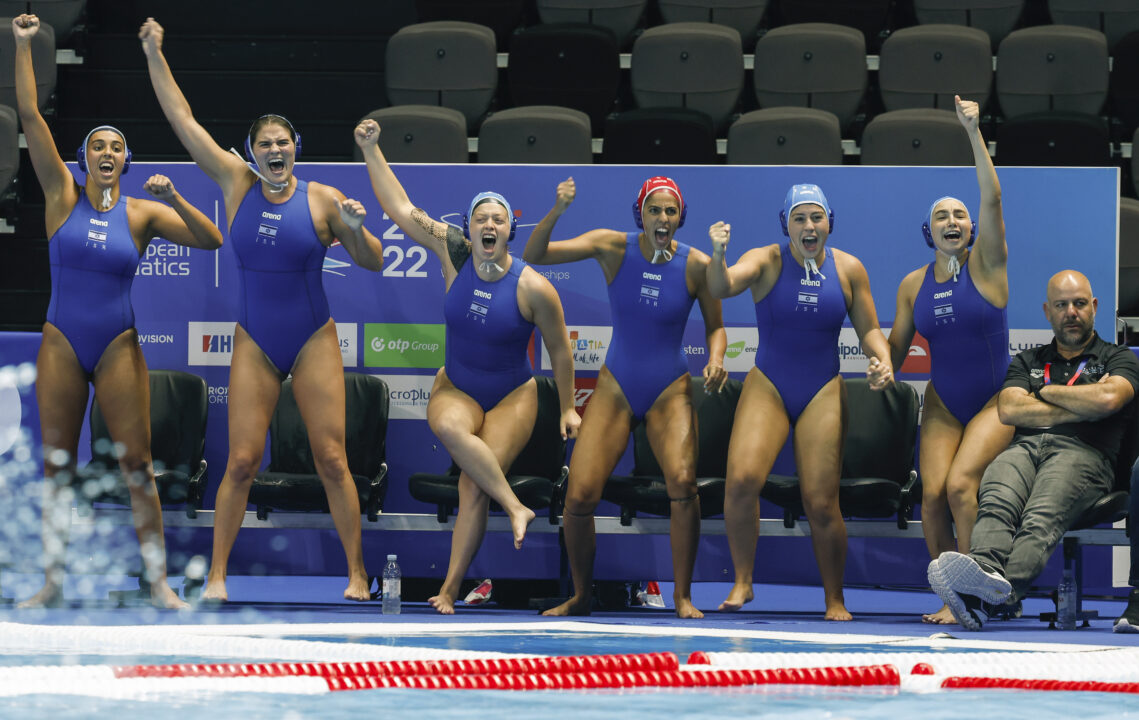 Israel secured the berth for the 2023 Worlds in Fukuoka, Japan by topping Croatia by a score of 15-8 on Sept. 7, ultimately placing sixth in the tournament.

Coming into Euros, which ran from August 27-September 10 in Split, Croatia, three European nations had already qualified for next year’s World Championships. Hungary, the Netherlands and Italy secured their spots after placing second, third and fourth, respectively, at the 2022 Worlds.

Spain won gold to book a spot, as did Greece, which finished as the runners-up. Trailing Italy, the Netherlands and Hungary, who finished third, fourth and fifth, was Israel, successfully earning the country’s first Worlds berth in history.

After topping the host Croatians to solidify their Worlds spot, Israel fell by a score of 18-7 at the hands of the Hungarians in the fifth-place game.

The World Championship qualifiers won’t officially lock in until after the LEN Super Final.

On the men’s side, Spain, Greece, Croatia, Serbia and Italy came into Euros pre-qualified. With three spots for Worlds available, Hungary (second), France (sixth) and Montenegro (seventh) booked their tickets to Fukuoka.