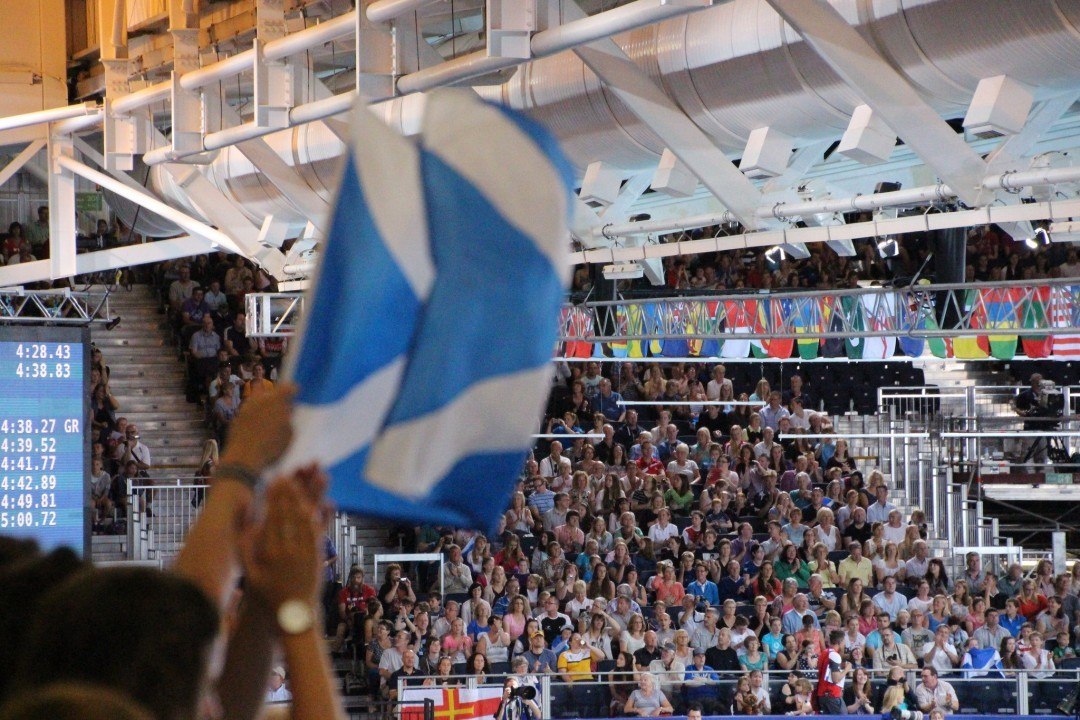 Will the Commonwealth Games survive after the death of Queen Elizabeth II? Stock photo via Markus Stitz/Scottish Swimming

Among the many titles bestowed upon the current monarch of the United Kingdom is the Head of the Commonwealth. When Queen Elizabeth II died last week at 96 after the longest ruling tenure in the history of the kingdom, her son King Charles III became the head of state for the 15 member states that are Commonwealth realms.

This is largely a ceremonial position, as are most related to the monarchy in the 21st century, but this passing of power could still prove as a significant shakeup in the world of sports.

“The Commonwealth is a community of like-minded nations, countries that used to be part of the British Empire,” Elisabeth Braw, a senior fellow at the American Enterprise Institute with a specialty in the UK, said last week. “It’s really a community of friendships between nations … the only material benefit is being asked to compete in the Commonwealth Games.”

There has been a long-held belief in some circles of sport that the continued existence of the Commonwealth Games, as with much in the realm of the UK, was tied to the Queen, and might only survive as long as she did. With bidders for the Games becoming harder-and-harder to come by, it was these historic and emotional ties that seemed to be holding the Games apart.

In at least one nation, Jamaica, calls for a change of status have grown over the last week. Polling prior to the death of the Queen already showed a majority of Jamaicans were in favor of such a move as the country continues to reconsider its colonial history.

Since then, the number of nations that have recognized Queen Elizabeth II, and now King Charles III, as their head of state has dwindled. 36 of the 56 member states are now republics, and 5 more have different monarchs.

The continued severance of these historic ties, though, will bring about more questions on the future of the Commonwealth Games (along with the ongoing economic realities of the event).

This perhaps brings up the possibility of a reimagining of the Commonwealth Games with a different set of ties to bind them together. While the nature of the history of the Commonwealth Nations is troubling to many in countries like Jamaica, as global tensions rise between east and west, international alliances are as relevant as they’ve been in the last 40 years, at least.

The monarchy is due for modernization in a number of ways after a 70 year reign of Queen Elizabeth II, a renowned defender of tradition. Both King Charles III and his planed successor Prince William have made public statements of their intent to do so. The Commonwealth could be an easy place to start that process.

William seems more likeable then Charles he will probably step aside after a few years.

Australia and Canada should ditch Charles as their head of state.

Watch the dominoes fall soon. The Commonwealth and the monarchy itself. No one respects this entitled King Charles. Couldn’t be a more appropriate time in history to dissolve the monarchy and it is inevitable. Brits themselves will demand it soon.

Commonwealth citizens are also allowed to vote in British elections if they currently reside in the UK while other foreigners aren’t.

Not just that, Commonwealth citizens can also stand for election in the UK without holding British citizenship. It has been happening for a long time, too – Dadabhai Naoroji was an Indian nationalist who won election to parliament as a Liberal in the 19th century (it was called ‘colonial subject’ then though, not Commonwealth citizen). 6000 votes cast, he beat the Tory by just 5 (!) votes after the Tory had beaten a Liberal by exactly the same margin at the previous election – My favourite geeky UK politics fact.

Not to mention certain economic benefits as well…

The Commonwealth was very much the Queen’s defining project given she essentially came to the throne just as the empire was crumbling (she’d been on the throne four years at the time of Suez).

With the loss of her, a UK possibly shorn of Scotland and a post Brexit government openly trying to pursue the Commonwealth as a British dominated international trading bloc it’s difficult to imagine it will continue to be embraced by the many countries who suffered significant harm under colonial rule and risks fading to a political and economic alliance between the former white dominions based on military cooperation and two way emigration.

before I read this article about the Commonwealth games, I was confused about which countries and why and the whole concept in 2022 in general. Now I know why, it’s even more confusing than I thought.