Why Isn’t My Swimmer Dropping Time? 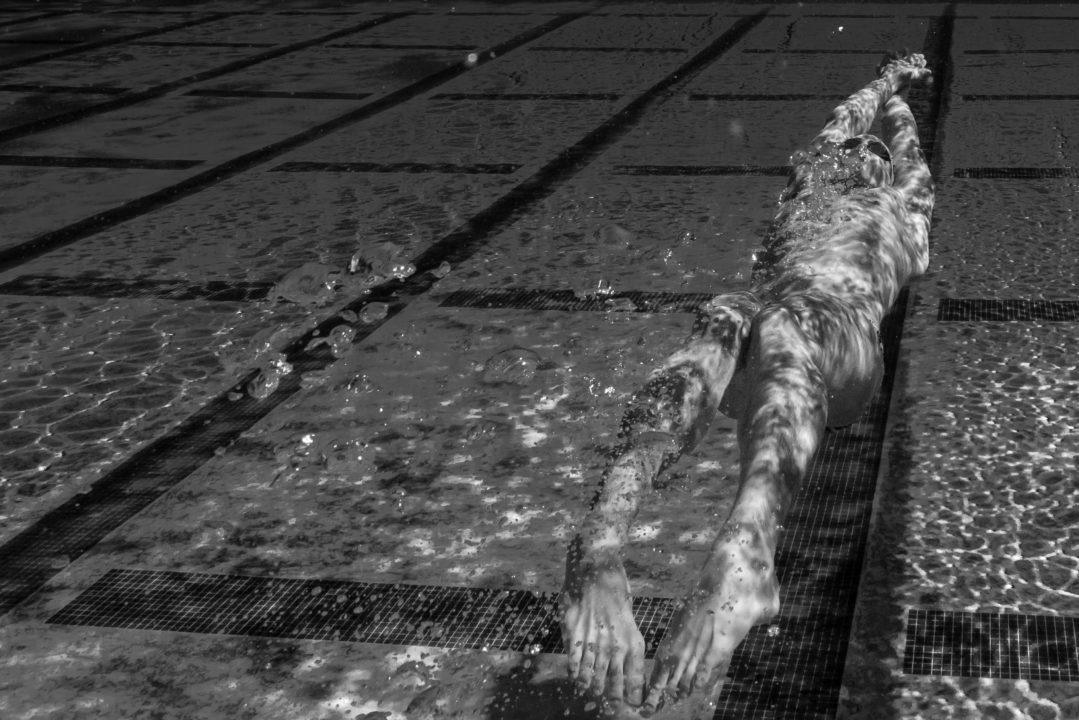 “Why isn’t my child dropping as much time as so and so?” I hear that all the time—and I’ve felt those thoughts, too. Current photo via Mike Lewis/Ola Vista Photography

“Why isn’t my child dropping as much time as so and so?” I hear that all the time—and I’ve felt those thoughts, too. It can be frustrating when your kid is putting in tons of hard work, never misses practice, and other swimmers are dropping time when your child isn’t. One of the hardest things is not to compare our swimmers with other kids at practice and meets. It’s nearly impossible not to.

Here are several things to think about when we wonder why our children aren’t improving, but others around them are:

You are going to notice.

Acknowledge that in a sport where the stopwatch spells out in black and white who is faster and who is slower, you’ll notice. The key is not to obsess about how your child is doing during a meet. There are so many factors that can determine a child’s success in a race. Have they just had a growth spurt? Are they swimming tired from hard workouts? Maybe another swimmer has just experienced a major breakout swim. Or the coach has your swimmer working on a new technique or strategy that will pay off in the long term. It may be your child’s turn to shine at another meet.

The fastest eight-year-old may not be the fastest 13 or 17-year-old.

A record-breaking eight or nine-year-old could be faster than their peers, but statistics show that the majority of fast youngsters may not be the fastest in the pool by their teenage years. The accomplishments of an eight-year-old aren’t a strong predictor of future success.

Compare swimmers to themselves—where they were a year ago.

Rather than worry in November or December that swimmers aren’t getting personal best times, take a look at how our swimmers did one year ago to date. Extend that range out to two to four years and see if there is a trend of improvement throughout the years.

Our swimmers can’t control who else is in the pool.

Even when our kids get their best times, it doesn’t mean there won’t be faster swimmers in the pool. We can encourage them to try their best and compliment effort. They can’t control what others are doing or who they’re racing—they can only control their own actions.

We’ve all seen 12-year-old boys and girls who look like they’re years older standing on the blocks next to kids who may be developmentally behind for their age. Swimming is an individual sport and our kids are all unique. Hard work will pay off in the end if swimmers have the desire and passion to stick with it through the ups, downs and plateaus.

“They only get to swim fast a couple times a year.”

I remember hearing those words of advice from a long-time ref whose daughter held numerous records at the club and collegiate levels. It took me a little bit of time to figure out that after a certain age, kids won’t drop time at every meet but only when they’re shaved, tapered and wearing a fast suit. Of course, there are swimmers who can drop time at any meet, but it wasn’t that way with my kids.

If you’re truly concerned that your swimmer isn’t improving, ask their coach for a meeting. Hopefully, you’ll have a better understanding of your child’s progress and what they’re working on.

What do you think about if your swimmer isn’t improving as much as their teammates?

When do you leave the coach? At 12 my son was not reaching his potential so we moved to another team getting better results. He went from making finals in a few events to finaling in all events, getting JO championships, and placing high in Far Westerns. Fast forward 3 years after Covid he is 15 trying to get back to his 12 year old times and has not improved year after year after year. The other kids he used to compete against have all dropped to futures times. The coach says it’s all mental but we see a real difference in his swimming and in practice we don’t see the kinds of drills he used to do. He’s slow… Read more »

My 14 year old daughter has dropped a tiny bit of time – less than half a second in 2 events for more than a year. No drop in one event for 2 years. She has added significant time to her best events at every meet. She’s in great shape her coach tells us – he’s the age group coach of the year. She’s been done growing. She says she loves the sport and practices great. We are at a complete loss. She was consistently a top 5 swimmer in a few events. Any ideas?

Let her keep doing what she loves; swimming because in the end, I am sure that your major goal is for your child to stay healthy and happy. When it’s all said and done, isn’t that what parents would like for their kids, that they become adults who respect their bodies, take care of their mental and physical health and maintain a healthy life style. Concentrating in dropped time may take the fun away from playing the sport, reason may teen athletes quit

Hate to say it, but sometimes it’s the coaching. Because every kid is unique, some enjoy structured high intensity loud demanding coaches while others connect with more sensitive coaching. No coach can be everything to everyone. You see it in every sport, good coaches and awful coaches. I also observed one swimmer who enjoyed being in the pool but put out no more than 70% effort skipping laps, cutting workouts short and just enjoy the socializing aspect of the team. Parents wonder why their son hasn’t improved and when coaches blame the swimmer, parents blame the coach for not inspiring the child – maybe they’re right. So switch teams and find a coach that brings out 100% from your child.

It is tough not to compare our kids with other kids, but, remember, for every strong 10-12 year old winning it all, there is a fat kid that will kick his butt when they are 16. Try not to compare, I know it is tough, again, but try to figure out what is best for your kid and stick with the plan. Work on technique always pays off.

Take it from this Psycho swim parent:

Our son was top 5 in Texas as 10 year old and won bunch of medals at TAGS. But then he turned 11 and he was skinny and he did not grow much for 4 years. He still swam some 50s really fast, but could not compete anymore with kids who grew… Read more »

Thats really an inspiring story phsychodad. As a new competitive swim parent with just 10 months in competitive swimming we are going through the same experience as well.My 10yrs old boy posted great times last season but this season almost all the kids in his age group grew taller than him and he hasnt putting out his best times. Im glad that i wasnt the only one that tells him to focus more on executing his techniques than worrying about times. Im still learning how to be a good swimming parent and i just want him to have fun as well. Just want to share.

Patience is key and the hard work will pay off. Especially when the kids hit 15 or 16 and up. They train through meets and only get the chance to swim fast a few times. So as parents keep them happy and well fed. Don’t add to the stress. They are hearing it from their coaches and teammates and high school counselors. Be glad your son or daughter is at the pool and then rushing home to study and eat as opposed to engaging in other activities…. it will work out.

Thank you!! Another good article Elizabeth! Sharing with our team

Sometimes there is too much emphasis on dropping time. My daughter keeps adding time as a teenager. She has gained 75 lbs over the past two years and has self-image issues. She is continually getting teased by her teammates for being “The White Whale Woman”. It pains her mother and me BUT she is a great sport, always cheers on her teammates, shares her treats with other swimmers and always smiles after every race. At our team banquet this past summer, she earned the “Team Spirit Award” and “Hardest Land Trainer”. She does not drop time, never wins races, rarely swims on a relay and wins no ribbons or medals. She dreams of going to the U of Minnesota to… Read more »