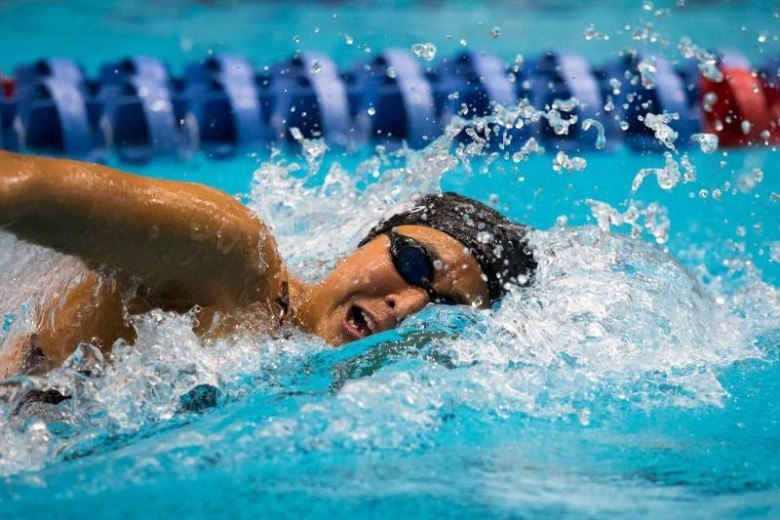 With 1 regular season contest remaining for each team in the International Swimming League (ISL), the continental derbies, the DC Trident have added Quah Ting Wen to their roster for the remainder of the 2019 season.

The 27-year old Singaporean competed collegiately in the United States at UCLA and currently trains at Texas A&M University where her sister Quah Jing Wen is currently a junior. At UCLA, Quah Ting Wen swam for Cyndi Gallagher, who is the current head coach of the DC Trident. Quah also has a brother, Zheng Wen, who swims collegiately at Cal and who holds 18 Singapore National Records.

“For a league that’s built on speed, Ting will be an amazing addition to the D.C. Trident roster” said Trident general manager Kaitlin Sandeno. “We can’t wait to welcome Ting to this group of amazing athletes who have really come together as a true team through our first two meets of the ISL season. And what better way to kick off Ting’s time as a member of D.C. Trident than in front of our home crowd!”

Quah Ting Wen has represented her country internationally for almost 15 years, dating back to the 2005 Southeast Asian Games. In that period, she has become one of the most-decorated athletes in SEA Games history, winning 34 total medals (including 16 gold). Her biggest international success came as part of Singapore’s women’s 400 medley relay at the 2018 Asian Games in Jakarta, where she swam the freestyle anchor leg as her country took a bronze medal.

While Quah is unlikely to do much to push the Trident on to the final in Las Vegas (read more about the current standings situation here), she will prove a crucial relay leg for the Trident in the derby. She’s done the best times of her career in the 50 and 100 free in long course in 2019. She is now the National Record holder in the 50, 100, and 200 meter freestyles.

The Trident went 3-7 in the women’s 400 free relays in both Indianapolis and Naples. In both cases, their “B” relay had 55-second splits; to close the gap to move that to 6th place, they probably need at least 3, if not 4, swimmers splitting better than 54 seconds. Plus, the team will be without Annika Bruhn in DC, because she will be attending the German National SC Championships instead.

While her shift lately has focused largely to the sprint freestyle races, Quah could also prove a vital addition for the butterfly events as well. In their first 2 meets, the Trident had an 8th-place finisher in the 50 and 100 meter butterflies in both meets.

If this addition gives the Trident an inside-track on signing her littler brother next season, when he’ll have completed his amateur eligibility at Cal, then that could be a team-shifting dynamic for the squad. Zheng Wen’s versatility, especially in events that aren’t particularly deep globally, will make him one of the most valuable college graduates at the end of this season for ISL teams as they begin their 2020 season signings.

DC Trident’s full roster (not all swimmers compete at all meets):