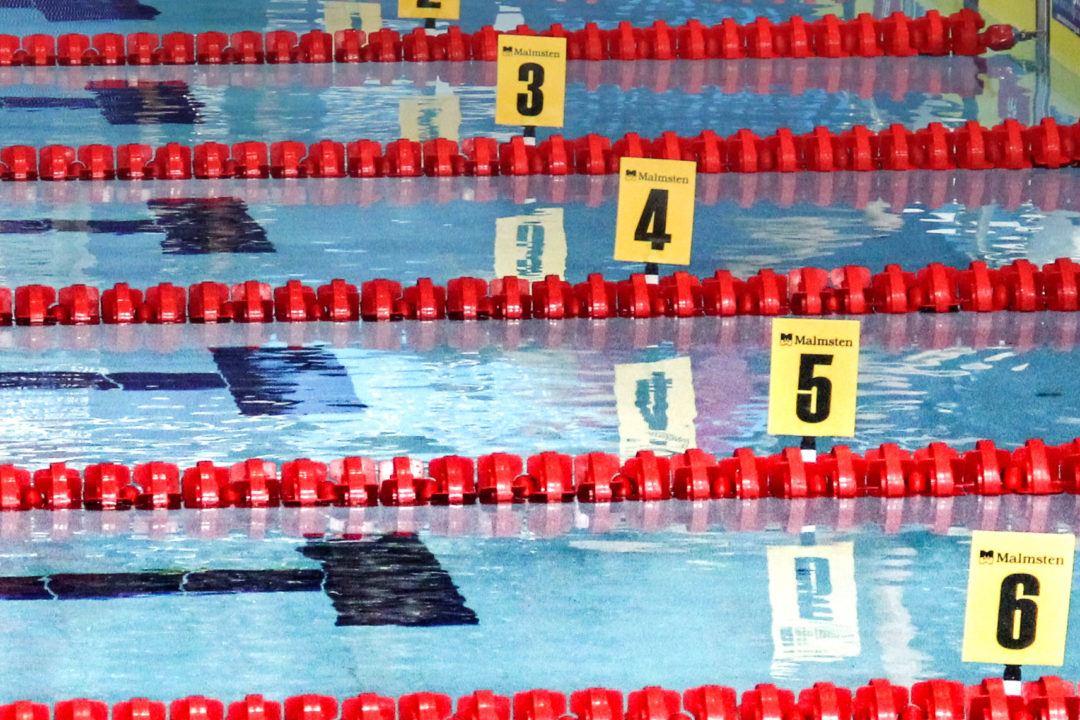 After lengthy discussions with member clubs, the International Swim Coaches Association (ISCA) Board of Directors is excited to announce the improvements to its Event Series, starting with the TYR International Junior Cup. Current photo via Giusy Cisale

The ISCA Champions Series, which includes the International Junior Cup in March, the ISCA 14 & under Elite Age Group Showcases, and the TYR International Senior Cup, has implemented a number of changes for the 2019 season. That will include new meet entry caps and installing a multi-tiered qualifying system.

While the press release (below) describes the qualifying system as “NCAA like,” the similarity ends after the fact that there is an “A” standard and a “B” standard. Those different standards simply determine the number of bonus swims that an athlete will be allowed.

The series will also use short course prelims and long course finals, with an eye toward 2020 Olympic Trials cuts, and theme nights, similar to those at YMCA National Championships.

After lengthy discussions with member clubs, the International Swim Coaches Association (ISCA) Board of Directors is excited to announce the improvements to its Event Series, starting with the TYR International Junior Cup, sponsored by ISCA, being held at the Northshore Aquatic Complex in St. Petersburg, Florida (March 26-30th, 2019).

As stated by ISCA Executive Board Member, Coach Don Lemieux, “ISCA is an organization always striving to improve the team concept, foster a network of both international and USA-based professional coaches, and promote an ‘out of the box’ way of thinking about our sport.”

With this philosophy in mind, and the input of innovative clubs and coaches, the ISCA Board of Directors, has decided to implement the following enhancements and highlights:

• Implementation of a championship qualifying standards similar to the current NCAA championship format, specifically using “B” and “A” qualification times (SEE NOTE BELOW).
• Implementation of a short course preliminary session, and a long course finals session to give athletes extra opportunities to qualify for 2020 Olympic Trials and other elite meets.
• Special commemorative awards given to athletes who make 2020 Olympic Trial cuts.
• The division of racing finals into ‘16 & Under’ and ‘Senior Championship’ Finals to give swimmers more opportunities to compete in finals.
• Exceptional cool-down and warm-up facilities on site and open throughout duration of the meet.
• A meet cap of 800 athletes to provide a streamlined, but strongly competitive, event.

“Every decision we make is in the best interest of the athlete(s) attending ISCA meets or events. The atmosphere created on-deck is one of team spirit and competitive racing,” said ISCA President/CEO Doug Fonder. “The expanding of the qualification times to an NCAA-similar format will continue the progression established by the ISCA 14 & Under Elite Age Group Showcases and TYR International Senior Cup.”

ISCA will also be hosting a special “Theme Night” during one of the finals sessions in all meets (more information to be released in the coming weeks).

We look forward to welcoming coaches to these exceptional racing events.