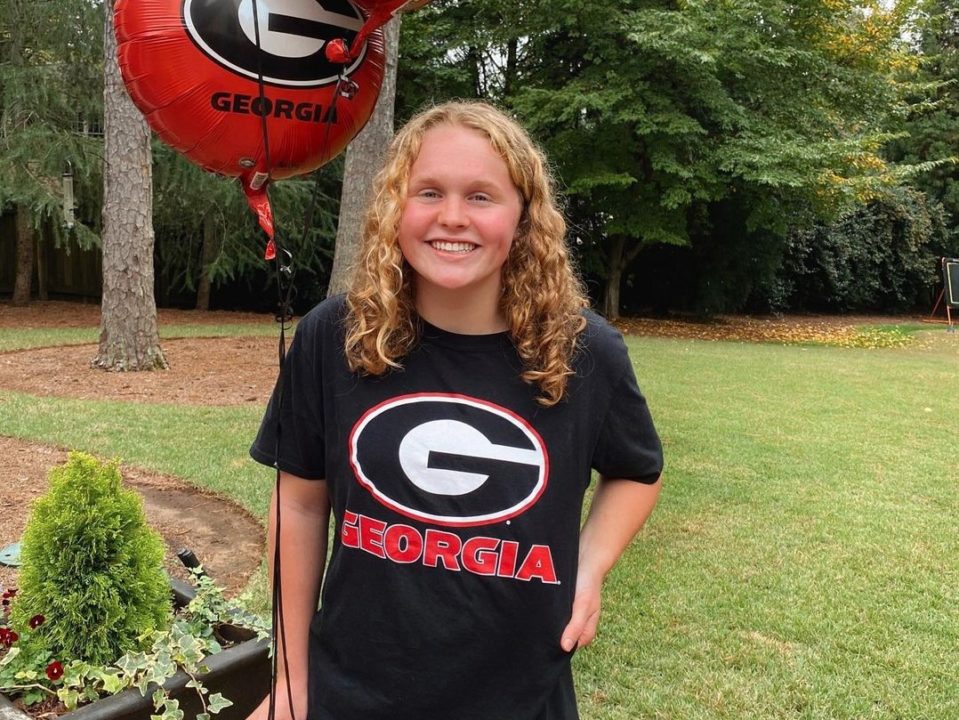 2021 runner-up Walton pulled out a decisive win this year, as defending Girls 7A champion Lambert fell to 3rd this year. Walton senior Elizabeth Isakson, a UGA recruit, was instrumental in her team’s victory. Isakson picked up wins in both her individual events and helped two of Walton’s relays to 7A titles.

Isakson kicked things off with a victory in the 200 IM, where she undercut her previous personal best of 2:01.67, finishing in 2:01.52. She won the race handily, touching 4 seconds ahead of the field. It was a well-swum race by Isakson, featuring a speedy breast split of 34.14. She was out in 26.11 on fly, setting a nice tone, before splitting 31.64 on backstroke, which is her weakest stroke. Her free split yesterday was 29.63.

Defending champions Lambert had a great performance, despite dropping two places in the standings from last year. Lambert picked up 4 wins on the day, taking the 200 medley relay, 200 free, 50 free, and 100 free. Junior Kara West was critical to the effort, winning the 50 free and 100 free. In the 50, West clocked a 23.22, which coincidentally ties her personal best, which set in two months ago at the GA Sr. Short Course State Championships. She then went on to win the 100 free, swimming a 51.09, marking a new personal best by 0.04 seconds.

Despite the quick 24.73 fly split on the medley relay, Ella Jones didn’t win the 7A title in the 100 fly. It was NORC Catie Choate who claimed that title, swimming a 54.24. It was a personal best by Choate, coming in under the 54.41 she established in December at the Winter Juniors East meet. Jones came in 2nd, swimming a 55.33. That time was off her personal best of 54.17, which she swam at the 2021 GHSA State Championships.

Choate went on to win the 100 back as well, swimming a 53.39 after clocking a 53.35 in prelims. Both performances were under her previous best of 53.48, which she swam at the Winter Juniors East meet in December.

Also of note: It was reported that there was a fire in the concessions stand during prelims of the 6-7A session. The facility was evacuated for roughly an hour before the competition was able to resume.

Parkview won the 7A boys title after a tight battle with North Gwinnett.