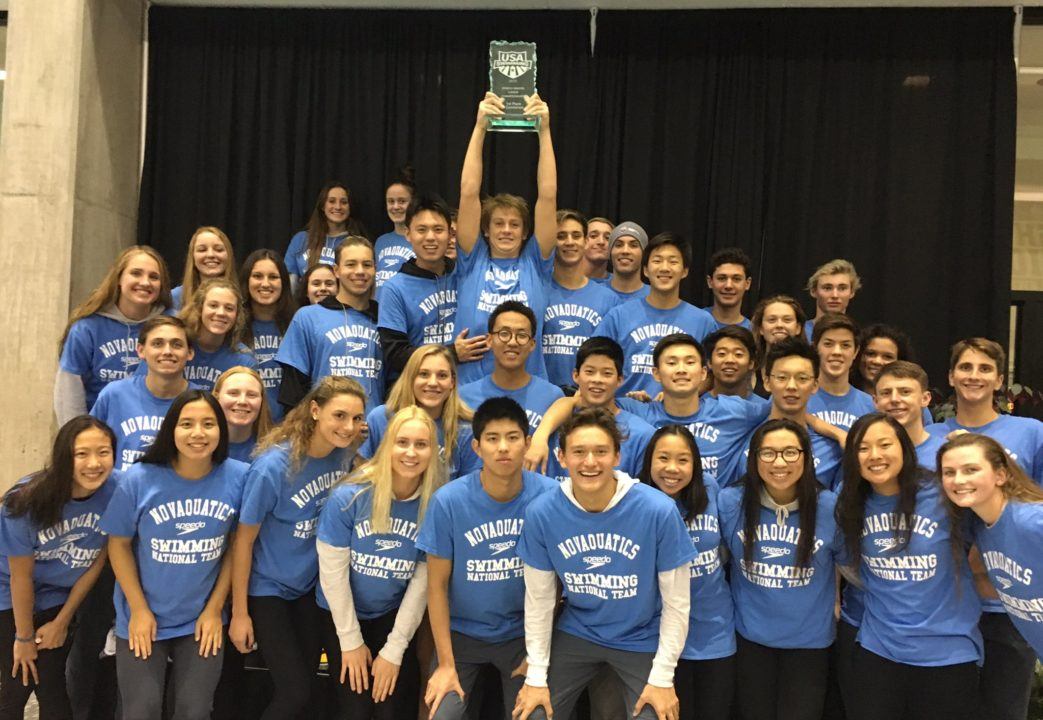 Irvine Novaquatics used a dominant performance in the men’s pool to win the overall title at the 2017 Speedo Winter Junior Championships – West. They placed only 5th last season, but ascended to the top of the table this weekend in Iowa City.

The girls’ meet was won by the Fort Collins Area Swim Team, who among other accomplishments set a National Age Group Record in the 200 yard medley relay.

We saw in the east, this meet can be won without winning an event – especially for teams with deep rosters (like the Irvine Novaquatics boys). Irvine actually did wind up winning 2 boys’ events – the last 2 of the meet – but by that point the scoring was well in hand.

Novaquatics scored exactly 100 points from B relays – which was enough to drive the margin open over runners-up KING, but not enough to cause the entirety of it.

While the scoring margin wasn’t as big in the girls’ meet, a compact group of 6 from Fort Collins were, pound-for-pound, overwhelming at the meet – with each participant scoring individually:

They also won 4 of the 5 relays (the 800 is the exception) – and most of those wins weren’t close either. In addition, they won 3 individual events, including a breaststroke sweep from Zoe Bartel.

Not to be overlooked in the matter is another compact team from the Magnlia Aquatic Club, who took 2nd in the girls’ meet and won the 800 free relay and 3 other individual events.

Congrats to Irvine Novaquatics & Fort Collins. Outstanding swimming by both clubs this year. Several come from behind Novaquatics Men’s Relays by the anchors was exciting to watch. Definitely a team win!