Ipsen & Norgaard Went For Men’s Distance Round 2 In Malmö 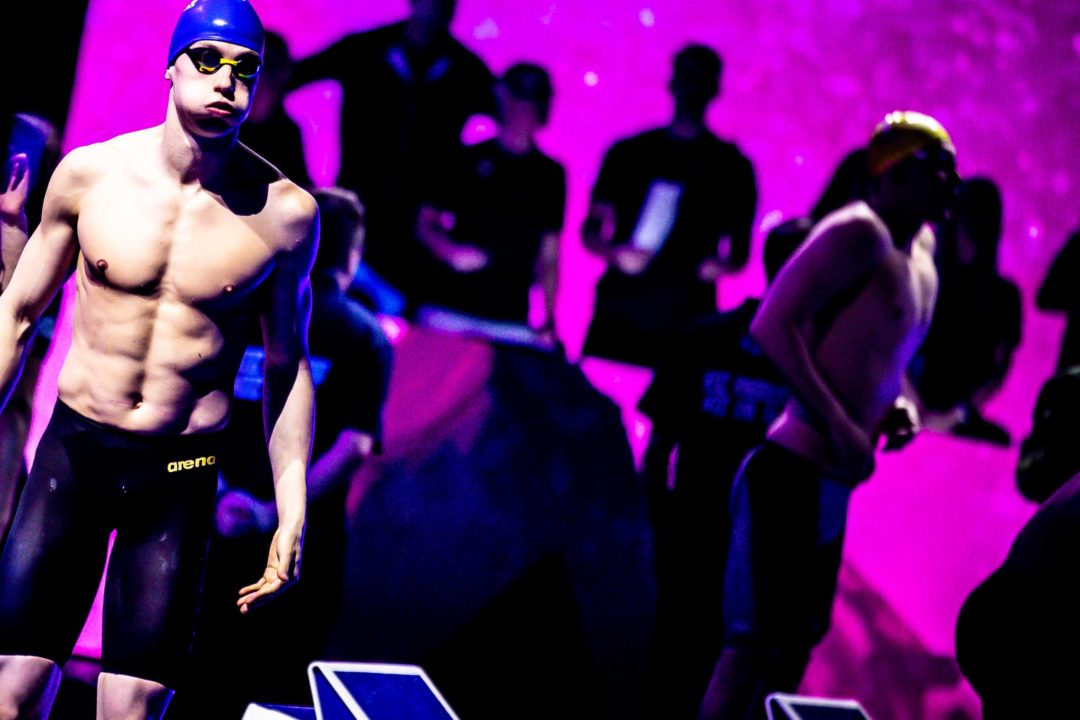 Anton Ipsen got the leg up on Danish teammate Alexander Norgaard in last night's 1500m free, but see how the pair fared on day 2 of the Swedish Grand Prix. Archive photo via Jack Spitser/Spitser Photography

Both representing their home nation of Denmark here in Sweden, the pair took to the men’s 1500m freestyle last night in a race that saw Ipsen get to the wall first. The result was the same in tonight’s 800m free event, with 25-year-old Ipsen stopping the clock in a time of 7:55.32 to get the win over Norgaard’s 8:01.61.

A minimum time of 7:54.31 represents the FINA ‘A’ Olympic qualifying time for Tokyo, a threshold Ipsen went well beneath with his 7:48.74 effort from the 2019 World Championships where he finished 9th.

As for Norgaard, he owns a personal best of 7:57.50 in the event from when he touched in 5th place at the 2018 European Junior Championships.

Also in the water tonight was Austrian national record holder Christopher Rothbauer, as he took the men’s 100m breast in 1:01.32 just .05 ahead of Swedish record holder Erik Persson.

International Swimming League (ISL) Team Energy Standard just announced that Belarusian teenager Anastasiya Shkurdai would be returning to the squad for the 2nd season. Tonight, she won twice, taking the 100m back in 1:00.83 and also topping the 50m fly podium in 26.53.

Finally, Shkurdai’s teammate Yahen Tsurkin claimed 100m fly gold for the men, posting a winning effort of 52.62, off his 52.27 from the FINA World Cup stop in Singapore last August.