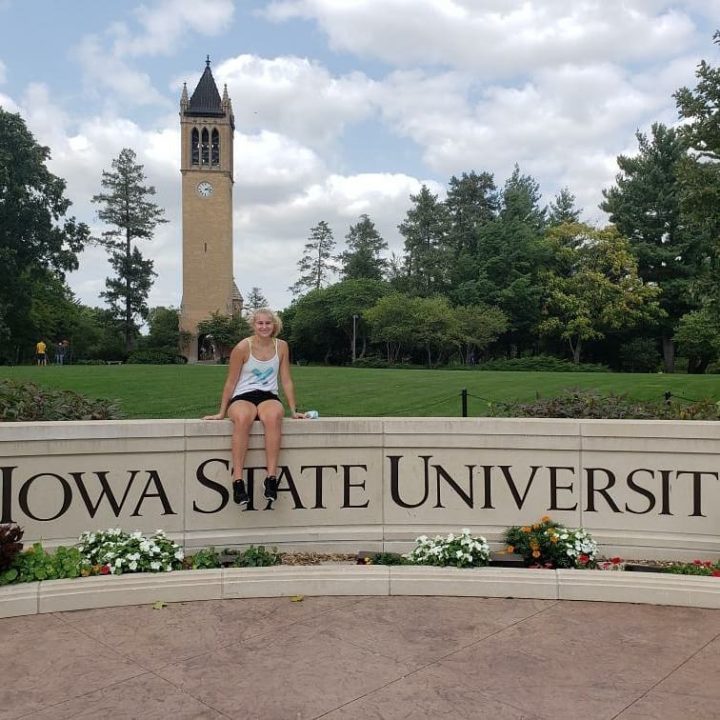 Maddie Ziegert will transfer from Iowa to Iowa State next season. The two campuses are only about 120 miles apart in central Iowa.

At the 2020 SEC Championships, Homans placed third in the 200 fly and sixth in the 200 back in an impressive last-day double.

Will Gallant Announces Transfer to NC State’s Class of 2024

After a year at Indiana, Will Gallant will transfer to NC State to finish his 3 years of eligibility. He is a Trials qualifier in the 400/800/1500 free.

Sprinter Maddie Ziegert has announced that she intends to transfer from the University of Iowa to Iowa State, making the cross-state jump after Iowa announced that they were cutting their swimming & diving program following this season.

I’ve been so lucky to have been part of such an amazing team, making so many memories and friends here at iowa that I will always treasure. Due to the swim and dive team being cut at the start of the semester I was faced with a difficult decision but one I knew I had to make. I would like to take the opportunity to announce my commitment to Iowa State University. I am so excited to become a cyclone next fall and to further my academic and athletic career!!

While Iowa and Iowa State are not in the same conference, the two flagship institutions in the state hold a long rivalry, with their campuses located only about 2 hours apart in Iowa. The two teams have played annually since 1977 for the Cy-Hawk Trophy in football.

Besides geography, a lot of things will change for Ziegert with this move. For starters, Iowa State doesn’t have a men’s team. She’ll also move from one of the deepest conferences in the country in the Big Ten to the least-deep among Power 5 conferences, the Big 12.

Last season as a freshman, Ziegert swam at the Big Ten Championships for Iowa but didn’t score. Her best finish was 43rd place in the 50 free with a 23.27. By comparison, in the Big 12, a 23.27 would have put her within reach of the 23.11 it took to qualify for the A-final at the Big 12 Championshisp.

In that sense, this is a huge pickup for Iowa State as part of their 4-team battle for 2nd in the conference behind Texas. Their top finisher individually in the 50 free at Big 12s was Anna Anderson, who was 15th in 23.42. Their 200 free relay placed last by a second-and-a-half, and Iowa State finished 4th out of 5 teams overall.

Most of Ziegert’s best times in her best events were swum in high school.

Ziegert has a long course best time of 26.68 in the 50 free from the 2018 Pro Swim Series stop in Indianapolis, which is a Winter US Open qualifying standard based on 2019 times.

In high school, as a junior, she placed 2nd at the Indiana High School State Championship meet in the 50 yard free with the best time listed above. She was 5th in that same event as a sophomore and 3rd as a junior.

Ziegert swam in Iowa’s season-opening intrasquad meet last week, as did many swimmers who have already announced their intent to transfer. There, she won the 50 free in 23.93 and was 2nd in the 100 free in 52.70.

She joins Paige Hanley, another former Iowa Hawkeye who announced in September that she, too, was making the move from Iowa City to Ames. Hanley is primarily a breaststroker with best times of 1:03.62 and 2:22.60 in the 100 yard and 200 yard races, respectively.