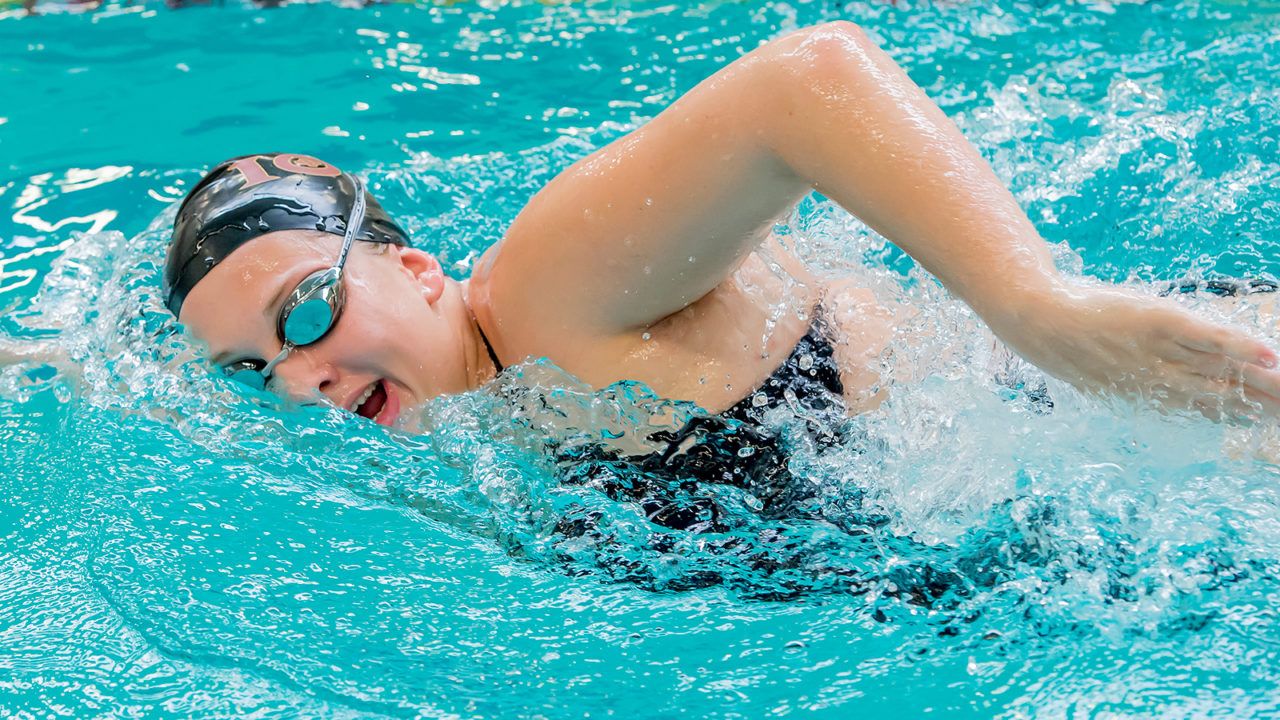 The Iona College men's and women's swimming & diving team went on the road for the first time this season and put up a pair wins over MAAC rival Monmouth in West Long Branch, NJ. Current photo via Iona Athletics

WEST LONG BRANCH, N.Y. – The Iona College men’s and women’s swimming & diving team went on the road for the first time this season and put up a pair wins over MAAC rival Monmouth in West Long Branch, NJ.

The Iona men split the 200 Medley and Free Relays with the Hawks. Monmouth edged the Gaels in the leadoff event; however, the quartet of sophomore Conor Mullin, rookie Daniel Hadary, freshman Aidan Holbrook and sophomore Spencer Moran rebounded for Iona and touched 1.6 ahead to seal the win.

The Gaels close out the semester on Friday, Nov.30 – Saturday, Dec 1 at the H2Ounds Invitational. Hosted by Loyola University, Iona will match up against the Greyhounds, Marist Red, Mount St. Mary’s and Saint Peter’s.

The men defeated the Terriers 175-87, and lost to Iona and holds a 5-1 record on the season. The women’s team dropped both team competitions this weekend.

Freshmen Callan Smith broke three team records in the Iona meet as he won the 100, 200 and 500 freestyle races and then set a new team standard in the 100 back on Saturday.

NOTES & QUOTES
“The team competed well in the back to back dates of competition. This is important in our preparation for the upcoming ECAC Championships where we will be racing multiple events over three days. It also will help reinforce that the work being put in during the first semester will result in a successful championship meet as we build toward the MAAC Championships in February.”
– Monmouth head coach Matt Nunnally

– Freshman Dylan Barkhuizen won his sixth event of the year with his 100-yard butterfly time of 52.95 on Saturday at St. Francis.

– Valance Washington‘s win in the 100-yard freestyle race at St. Francis was the third win of his rookie season. He touched the wall in 49.14.

– Sophomore Ethan Lucas won the 50-yard freestyle on both days. Lucas has won the 50 free four times this season and he has five-career first-place finishes.

– Rookie Patrick McAllister won his fifth race of the season on Saturday with his time of 1:48.16 in the 200-yard freestyle.

– Freshman Nate Heisey took first in the 200-yard breaststroke for his first-career win. He clocked in at 2:18.45 against the Terriers.

– Junior Austin D’Angelo picked up the sixth individual win over his career by winning the 100-yard breaststroke on Saturday (1:02.40). It was his third first-place finish of the season.

Note: All team records recognized are since the reintroduction of the program in 2015.

UP NEXT
Monmouth’s next meet is scheduled for Saturday afternoon when it travels to Manhattan to race the Jaspers at 1 p.m.