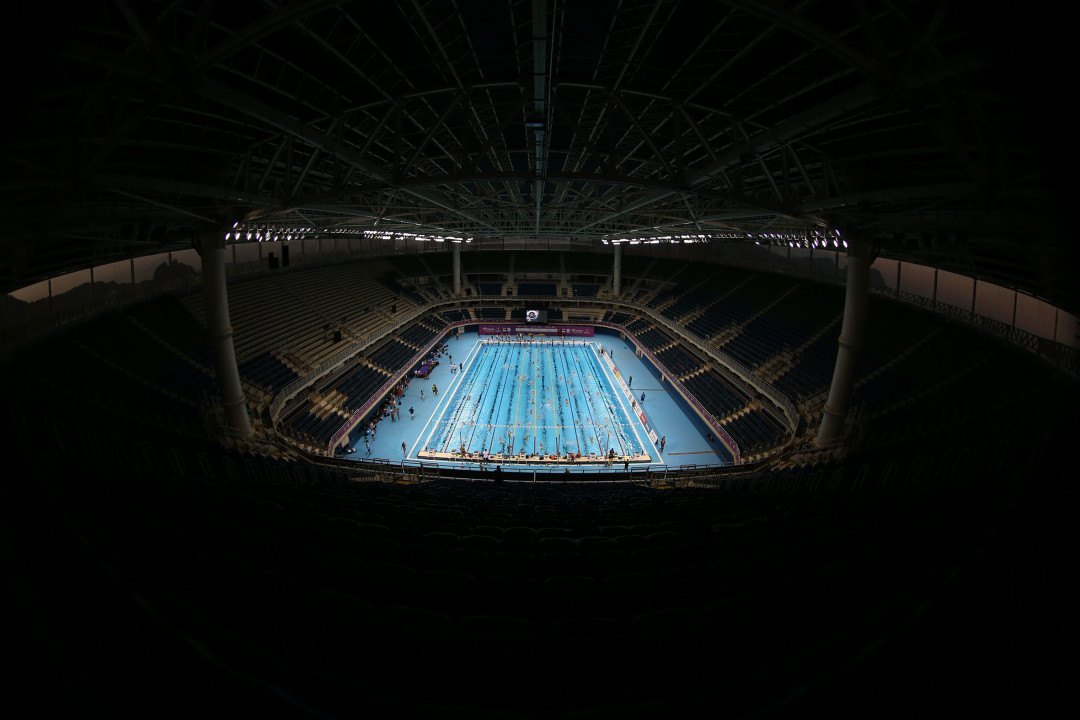 Frankie Fredericks, head of the IOC commission evaluating candidates to host the 2024 Olympics, has stepped down from his post and turned himself over to an IOC ethics commission amid an investigation into alleged bribery in the selection process for the 2016 Olympic host. Stock photo via Satiro Sodre/SS Press

Frankie Fredericks, head of the IOC commission evaluating candidates to host the 2024 Olympics, has stepped down from his post and turned himself over to an IOC ethics commission amid an investigation into alleged bribery in the selection process for the 2016 Olympic host.

USA Today reports that an offshore company with ties to Fredericks received $299,300 back in 2009 on the same day that the IOC awarded Rio de Janeiro the right to host the 2016 Olympics. Fredericks denied any wrongdoing and claimed his innocence, but said he would submit to an investigation from the IOC ethics commission.

Fredericks said he had “personally decided that it is in the best interests of a good functioning of the International Olympic Committee candidature process that I step aside as chairperson of the 2024 evaluation commission, because it is essential that the important work my colleagues are doing is seen as being carried out in a truthful and fair manner,” Business Day reports.

Fredericks was the head of the evaluation commission for the 2024 Olympics, which is still considering bids from several cities. French investigators are now determining whether bribery played a role in the selection of hosts for the 2016 Olympics (in Rio) and/or the 2020 Olympics (in Tokyo).

The IOC released a statement today, emphasizing the “presumption of innocence” with regard to Fredericks, but accepting his resignation and appointing Patrick Bauman as the new chair of the IOC Evaluation Commission for the 2024 Olympics.

Now there’s a swamp that could use some draining.

Good comparison. IOC=FIFA=current US administration=big money and corruption
From drain the swamp to government of banksters and billionaires.
The most amazing is that some people believed it. 😆 Here’s the result of the long-term strategy from these guys of making people ignorant.
About Rio, these olympic games have probably been bought like London and many others before.