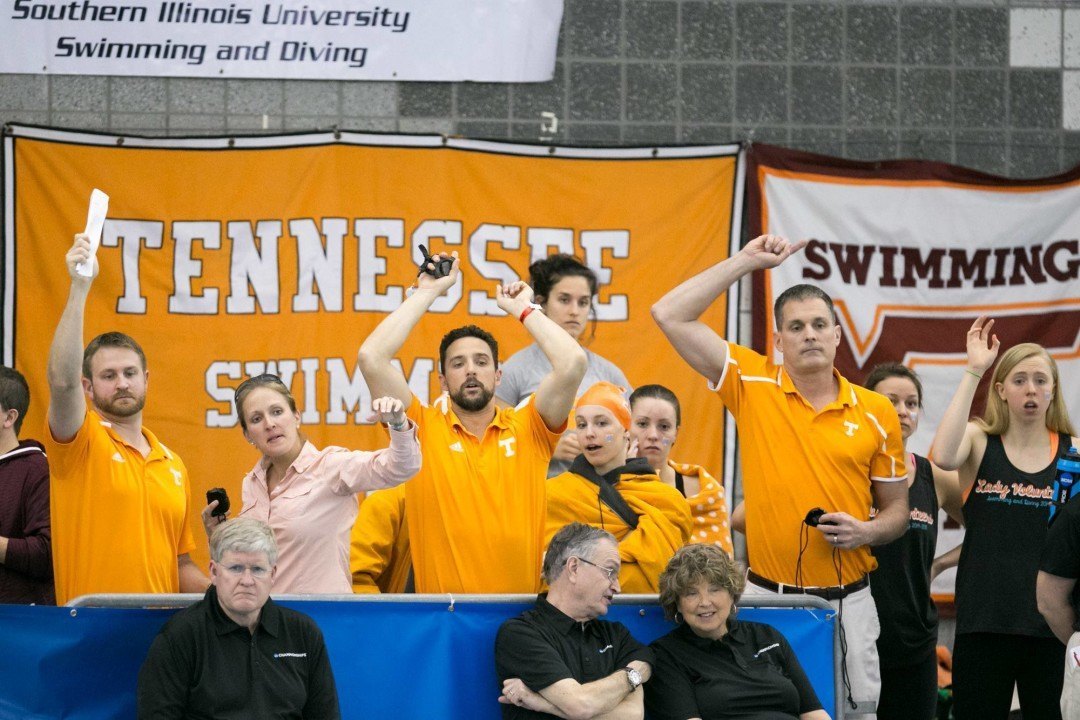 Alec Connolly is staying close to home after verbally committing to the Tennessee Volunteers. Stock photo via Tim Binning/TheSwimPictures.com

The Tennessee Volunteers may have mined the hidden gem in the men’s high school class of 2016 on Tuesday when they earned a verbal commitment from local sprint standout Alec Connolly of Tennessee Aquatics.

Connolly, who has divided his time between swimming and track, made the leap to Tennessee Aquatics’ competitive group in January (he had been in their non-competitive training group previously), and the results were tremendous. In the 50 free, for example, he swam a 22.0 at the 2014 Tennessee High School State Championship team – an impressive time for a part-time swimmer. By the time he’d spent 6 months with TNAQ, that time improved to a 20.94, and included a 20.1 split on a relay in a summer league meet.

His event profile is rather thin as a newcomer to club swimming, but his coach Marshall Goldman described him as an “insane athlete” and believes that he’s going to explode as a senior at Knoxville Catholic High School. Tennessee’s 200 free relay finished 4th at last year’s SEC Championships, but graduated its two best splits. While there’s a whole year of development for the Volunteers’ current swimmers to fill this spot, if Connolly can match his upside, there’s room in the Tennessee sprint group for him to have an immediate impact at SEC’s and NCAA’s.

They get insane athletes and top recruiting classes every year and still can’t win a game. BOOMER!!!

An insane athlete could possibly help if it was someone with hypomanic bipolar disorder, off his meds, but before he gets to the psychotic disorganization that comes with full-blown mania.

Seriously, what are
you talking about Fina Bites?!

Alec is super fast with a huge amount of potential. He is going to be a superstar swimmer

I swim with him everyday