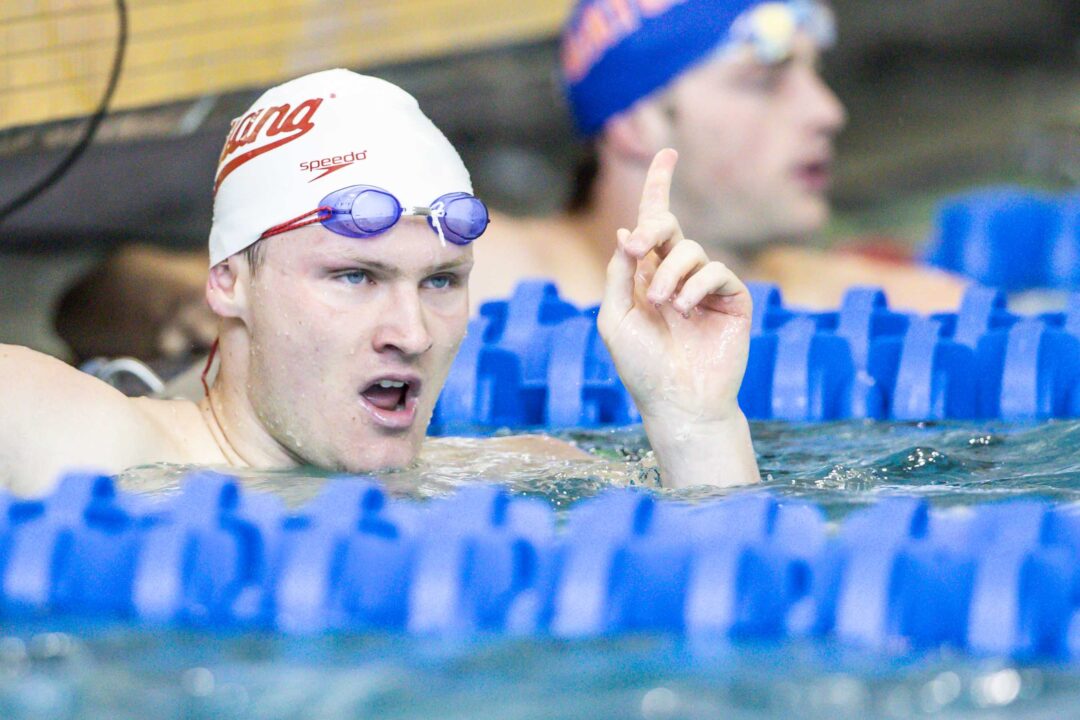 Indiana will visit Kentucky in a dual meet matchup on Wednesday in what will be the Hoosiers' first action of the 2022-23 season. Archive photo via Jack Spitser/Spitser Photography

BLOOMINGTON, Ind. – Indiana swimming and diving returns to action Wednesday (Oct. 5) in its first meet of the 2022-23 season.

The Hoosiers will visit Kentucky in a dual meet matchup particularly intriguing on the women’s side. At last season’s NCAA Championships, Indiana’s women placed 11th with 116 points, just half a point better than the 12th-place Wildcats. At the men’s national meet, IU took fifth place and Kentucky finished 31st. The teams faced off in Bloomington to open that 2021-22 season and Indiana picked up two opening day wins against the Wildcats.

2022-23 SEASON RECAP
The Indiana swimming and diving program is coming off another successful season in 2021-22 during which the Hoosier men won their fourth Big Ten Championship in six years and finished fifth at the NCAA Championships, while the women placed 11th at the national meet for their 14th straight top-15 placement.

Brendan Burns followed with IU’s first title in the 200-yard butterfly since 1973, while also earning silver medals in the 100-yard backstroke and 400 medley relay. At the Big Ten Championships, Burns won gold in all five events he swam and was named Big Ten Swimmer of the Championships and Big Ten Men’s Swimmer of the Year.

Thirteen athletes and two coaches with ties to the Indiana swimming and diving program competed at the 2022 FINA World Championships in June and July, totaling four medals. Former IU swimmer Lilly King won three gold medals during the competition. With a victory in the 200-meter breaststroke race, King became the first American swimmer to win a career of gold medals in the 50, 100 and 200-meter events of one stroke at the long course world championships. Coming out of his freshman season, Carson Tyler nabbed a bronze medal in mixed synchronized platform diving with USA Diving teammate Delaney Schnell.

HOOSIERS NAMED TO USA SWIMMING NATIONAL TEAM
Six athletes with ties to the Indiana swimming and diving program were named to USA Swimming’s 2022-23 national team rosters in September. Of the six Hoosiers, five are breaststroke specialists, and, on the women’s side, IU makes up three of the nine breaststroke selections. The selections include current Hoosiers Mariah Denigan, Mackenzie Looze and Josh Matheny as well as Indiana Swim Club athlete Tommy Cope, Lilly King and Annie Lazor.