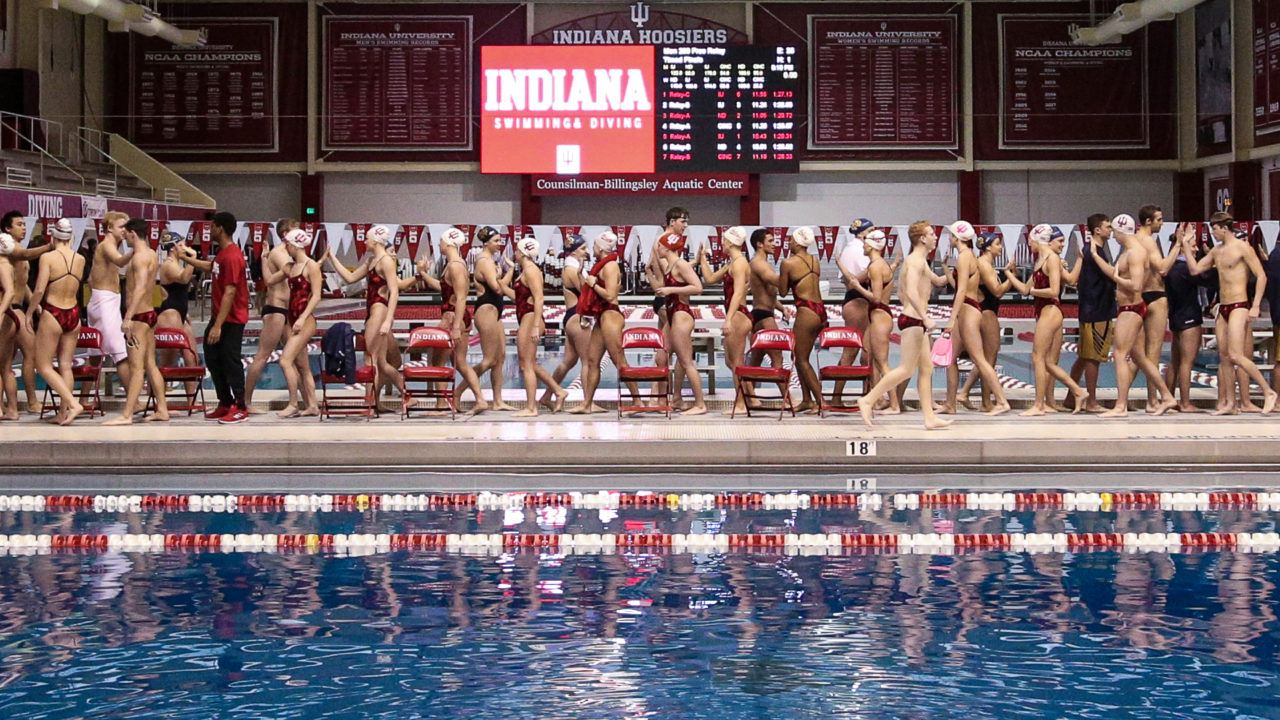 The Indiana University men’s and women’s swimming and diving teams will open the 2018-19 season on Wednesday, Oct. 10 when the teams host a quad meet at the Counsilman Billingsley Aquatic Center in Bloomington. Current photo via Indiana Athletics

BLOOMINGTON, Ind. – The Indiana University men’s and women’s swimming and diving teams will open the 2018-19 season on Wednesday, Oct. 10 when the teams host a quad meet at the Counsilman Billingsley Aquatic Center in Bloomington.

The meet featuring the Hoosiers, Notre Dame, Kentucky and Missouri will start at 10:00 a.m. ET at the CBAC in Bloomington, Ind. Live results for the match can be found at IUHoosiers.com. Admission to the meet is free.

Schedule of Events
Wednesday’s quad meet with feature 32 events – 14 swimming events and two diving events for both the men’s and women’s teams.

At the 2018 Pan Pacific Championships this past August in Tokyo, current and postgraduate Hoosiers won a total of 10 medals over the course of four days of competition – four gold, four silver and two bronze.

IU’s Lilly King won the national titles in both the 100m and 200m breaststroke this past July. Current postgrad swimmer Zane Grothe won the crowns in the 400m and 800m freestyle, while postgrad Blake Pieroni won the 100m freestyle title.

King Repeats at Big Ten Female Athlete of the Year

For the third-straight season, Indiana finished as the top Big Ten team at the NCAA Championships – the best stretch for IU since accomplishing the feat for 15-straight seasons from 1964-78. Over the course of NCAA Championships, the Hoosiers had 12 individuals earn a total of 42 All-America honors – the most in program history in 44 years since the team tallied 50 in 1974.

The six-time NCAA champion and 12-time Big Ten champion is the first woman in league history to not only be named Swimmer of the Year three-consecutive years, but also the first to earn the accolade three times overall.