Indiana Nabs the Eiber Pair With Verbal from Griffin Eiber 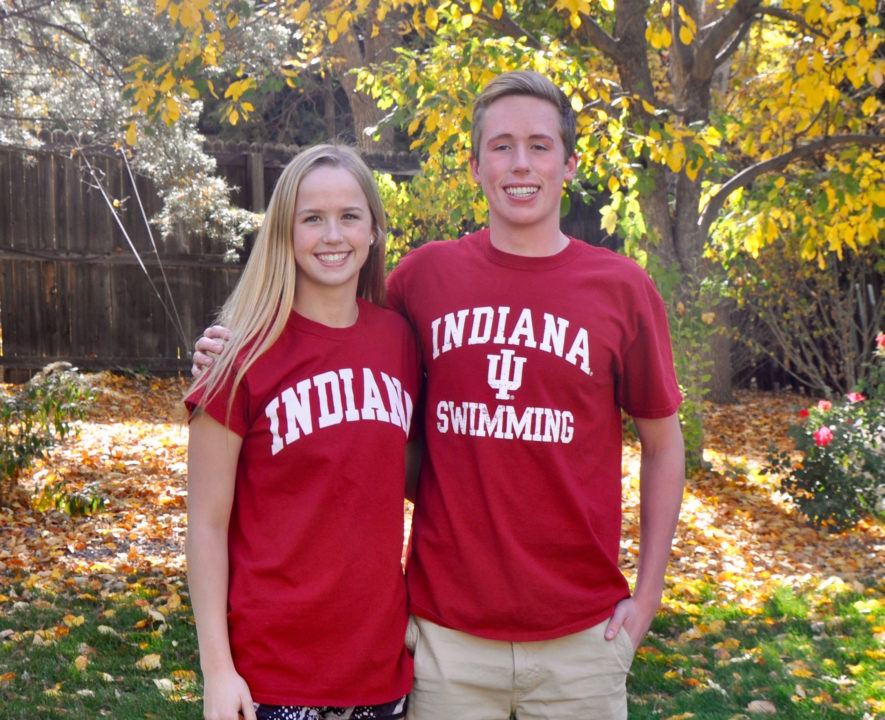 Versatile freestyler Griffin Eiber, from Centennial, Colorado, has given his verbal commitment to Indiana. Earlier today, his twin sister, Laurel, also announced her verbal to swim for the Hoosier women’s team.

Very excited to announce my commitment to IU next year! #GoHoosiers ????⚪️ pic.twitter.com/SC3MADbMnd

He swims for Aces Swim Club, under Eric Craven, and for Arapahoe High School. Eiber is the 2016 Colorado High School 5A State Champion in the 100 free, and the runner-up in the 200 free. He is the school record-holder in the 50 free, 100 free and 200 free.

Eiber truly had a great long course summer. At the Austin Futures Meet this past August, he took home second in the 50m free, second in the 100m free and third in the 200m IM. All of those swims were personal bests.

The Hoosiers will be grateful for Eiber’s freestyle prowess when he arrives in 2017 because they will have just graduated three of their top four middle-distance contributors: Jackson Miller, Max Irwin and Anze Tavcar. Fortunately, Eiber will have a year to train with Olympian sprinter Blake Pieroni.