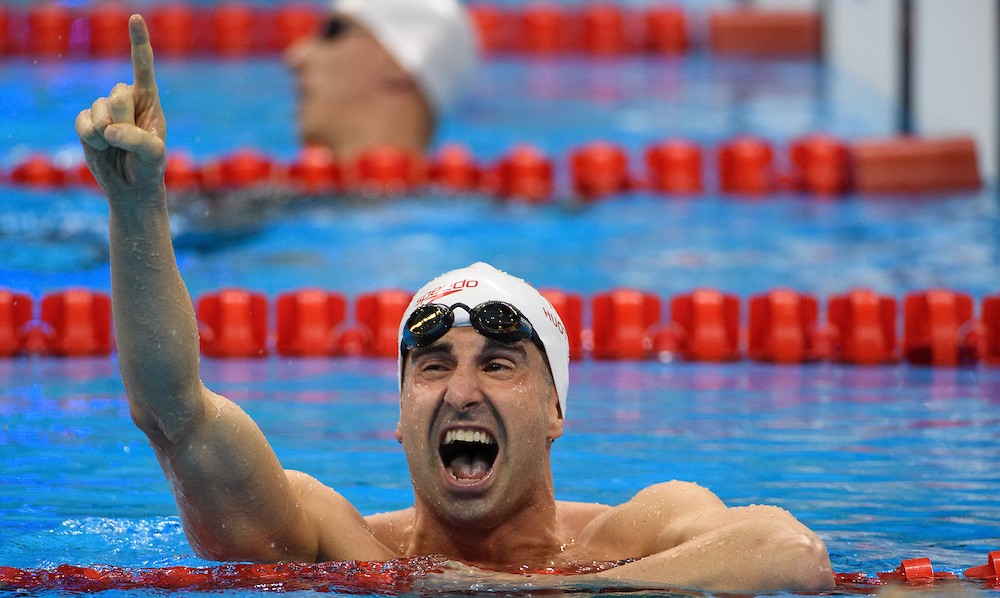 Today marks the one-year countdown towards the 2018 Commonwealth Games in Gold Coast Australia, and Commonwealth Games Canada (CGC) is proud to mark this day with the announcement of 20 time Paralympic swimming medallist Benoit Huot as Assistant Chef de Mission for Team Canada.

“I am ecstatic that Benoit has agreed to join our Team as Assistant Chef de Mission”, said Claire Carver-Dias, Chef de Mission of Team Canada 2018. “Not only is he a multiple Paralympic and Commonwealth Games medallist, he is also one of the most inspiring and engaging people I have met. He is an amazing addition to our 2018 Mission Team, and I look forward to working with him for a great Games in 2018.”

Over 260 athletes are expected to make up Team Canada 2018 at the Gold Coast Games, participating in 18 sports and 7 para-sports. At the 2014 Games held in Glasgow, Canada won a total of 28 medals, ranking 3rd amongst all nations, behind England and Australia.

“What a privilege it is for me to be a member of Team Canada’s Gold Coast 2018 Team”, said Benoit Huot. “The Commonwealth Games were an important part of my high performance journey, and I hope to inspire not only the next generation of  para-athletes, but each and every athlete on our 2018 Team. While I would have liked to have been an athlete at these Games, my category is not included on the Games programme in Gold Coast. However, I am proud to join Team Canada in this new role and I look forward to working with Claire and our entire Mission Team to ensure that our athletes have all that they need to get to the podium in Australia.”

Huot, from Longueuil, QC, is one of Canada’s most accomplished Paralympians of all time, having won 20 medals at five Paralympic Games (2000 – 2016). He has also won a total of four medals at 3 Commonwealth Games (2002, 2006, 2010). A member of the Order of Canada, he is the recipient of a number of awards and honours, such as the 2003 CGF athlete of the year with a disability, para-swimmer of the year by Swimming World Magazine in 2005, 2012 Paralympic Games Closing Ceremony Flag Bearer and more.

The Commonwealth Games are an integral component on the path to Olympic/Paralympic success, as evidenced by the fact that 53% of the athletes on the Canadian Team at the 2014 Commonwealth Games in Glasgow were also on the Rio 2016 Team. Of the 22 medals won by Canada in Rio, 17 were in Commonwealth sports and Commonwealth athletes won 14. It is also important to note that one of the hallmarks of Canada’s Commonwealth Games team is sending “nextgen” athletes along side Canada’s top summer sport athletes.

With 70 participating countries and over 4000 athletes taking part in the Commonwealth Games, these will offer a valuable high performance sport opportunity for our Canadian athletes. The 2018 Games will take place April 4th to 15th in Gold Coast, Australia.

Oh come on Canada . We are going to be struggling with all those African names & now this guy .Do we pronounce both or no ts ?