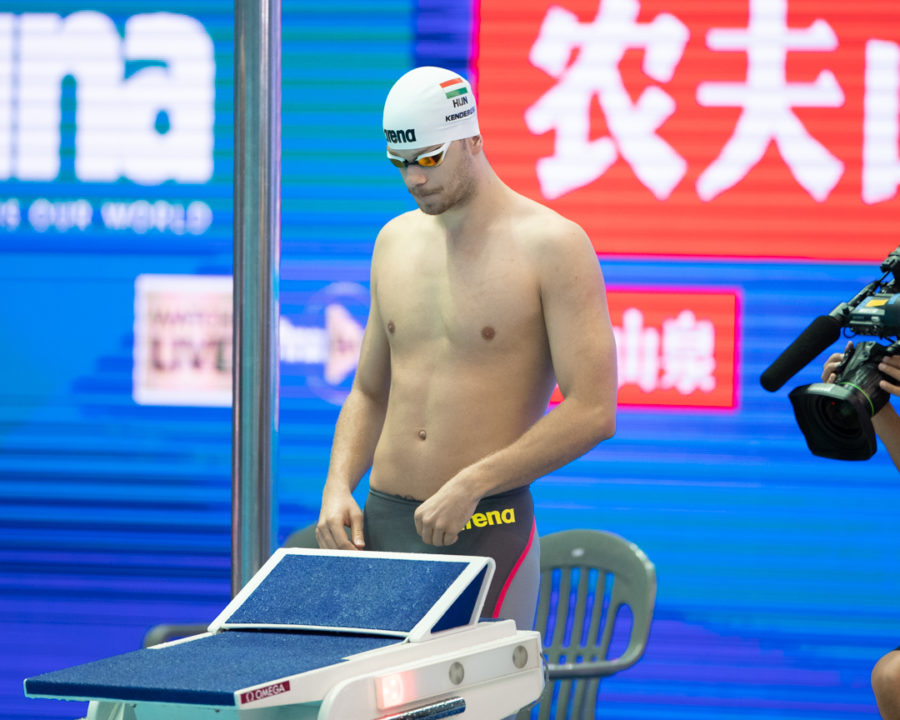 Hungarian fly swimmer Tamas Kenderesi is now allowed to leave the nation of Korea after originally having been prohibited to do so due to allegations. Archive photo via “Rafael/Domeyko Photography”

Hungarian swimmer Tamas Kenderesi have been given permission to now leave the nation of South Korea after having been prohibited from doing so pending an investigation into sexual harassment allegations.

As we’ve reported, early morning on Sunday, July 28th, the Hungarian Olympian was arrested on allegations of sexual harassment in Gwangju Korea. The events in question occurred at a nightclub. The 22-year-old explained his side of the situation in a statement released by the Hungarian Swimming Federation, with Kendersi admitting that he ‘touched a Korean girl’s buttocks who was working as a dancer in the club.’

The Olympic bronze medalist further said, “I deeply regret what happened and I wish to beg the Korean girl’s pardon in case I offended her, but I have to strongly deny that I’m guilty in any kind of sexual harassment.”

Per Agence France Presse,Kenderesi was formally accused of committing an indecent act by compulsion and he paid a deposit of 3 million won (~$2500 USD). The charge is a summary offense under South Korean law, to be dealt with administratively and without a courtroom trial.

It is unknown if Kenderesi has actually left Korea or is still in-country.

Why does this story make me think of Ryan Lochte?