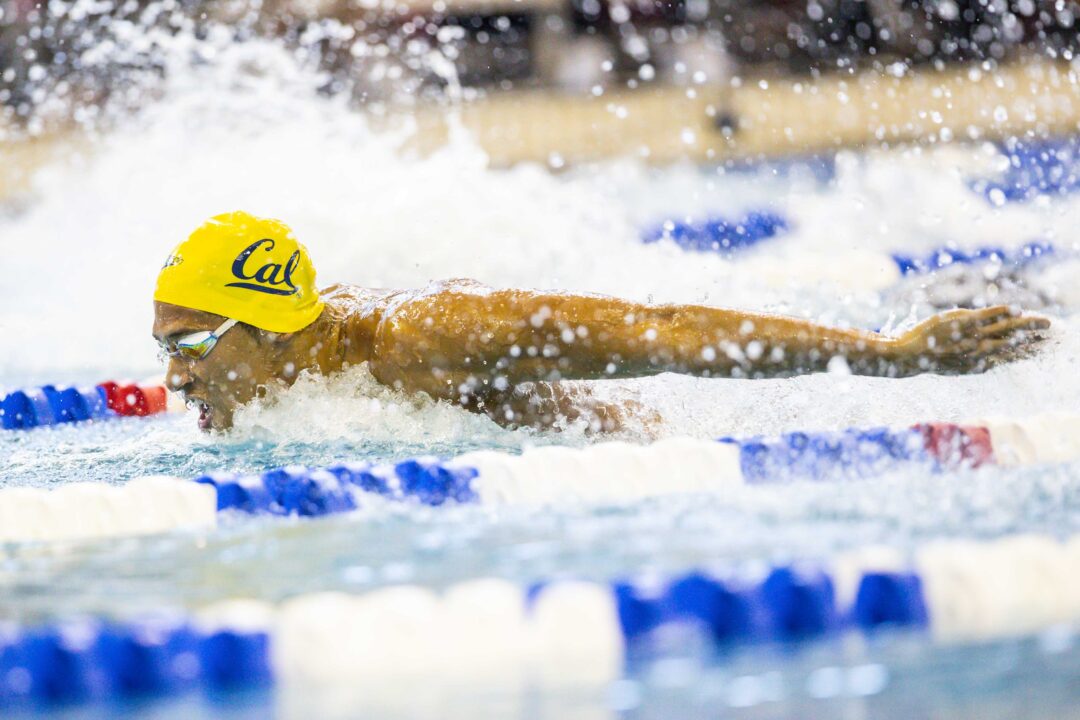 Arizona hosted Cal for a men’s and women’s Pac-12 dual meet on Friday night. The hosting Wildcats fell to the Golden Bears in a 187-98 decision in the men’s meet, and 199-94 in the women’s meet. This was a split squad meet for the Cal men, as they also had a group of swimmers competing in a men’s dual meet against UCSD in La Jolla.

Those times were far from Gonzalez’s personal bests but he’s consistently been one of the top IM’ers in the NCAA over the course of his career, so it’s likely not too much to worry about.

Cal’s Destin Lasco was excellent on the day, winning two individual events and helping a relay to victory. He kicked things off on the 200 medley relay, leading the team off in 21.57. Lasco was followed by Reece Whitley with a 23.96 breast split, Dare Rose with a 21.19 fly split, and Jack Alexy with a 19.62 anchor. The Golden Bears finished in 1:26.34, beating Arizona’s ‘A’ team by nearly three seconds.

Cal’s Gabriel Jett was another men’s double event winner. Jett first won the men’s 1000 free in 9:16.87, touching as the only swimmer in the field under 9:30. He then went on to win the 200 IM in 1:46.31, establishing a huge early lead and maintaining it through the finish.

Out of shape or in heavy training?

So Marchand is faster in the 200IM, than Gonzalez in the 200Free?

yep, that’s cal in season training for ya. they don’t care about dual meets for some reason

Time for a training montage.

Rough times for Hugo, and he gets no slack from me, considering he has been in the NCAA since 2017 and needs to go (similar to his fellow Pac-12 200 free specialist that goes to a certain school in Tempe that I won’t bother to name)