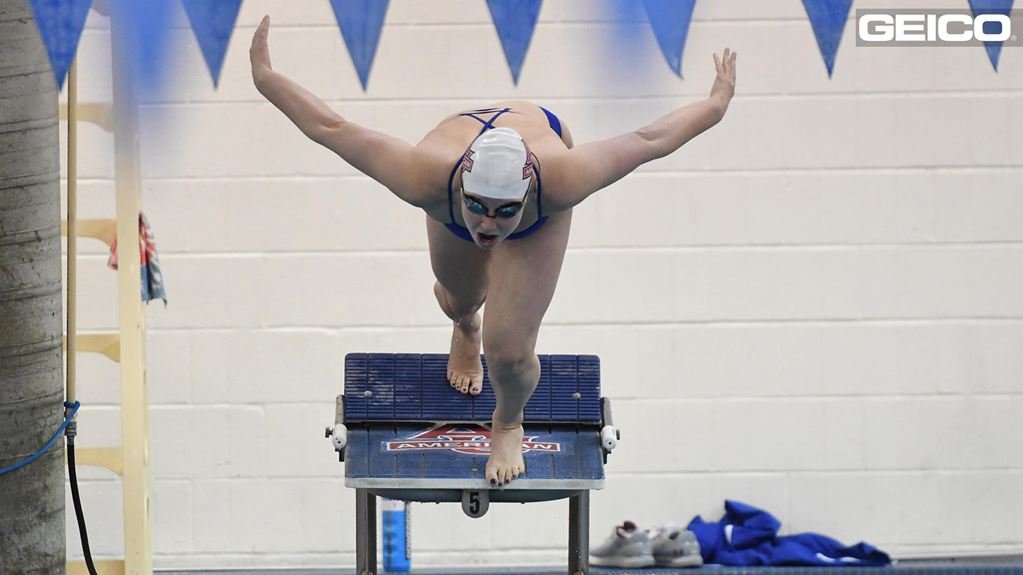 The American Eagle women captured wins in 10 out of 12 events in a 157-67 win over Howard, while the Bison men won 139-79 with eight individual wins. Current photo via American University Athletics

Howard opened and closed the night with a pair of relay victories.

WASHINGTON – By a score of 157-67, the American University women’s swim and dive team beat Howard for the Eagles’ first dual meet win of the season. The men’s team earned four individual wins but fell to Howard overall, 139-79.

On Saturday, Nov. 9, AU will head to Patriot League foe Navy where the Eagles will also face Bucknell and Lafayette.