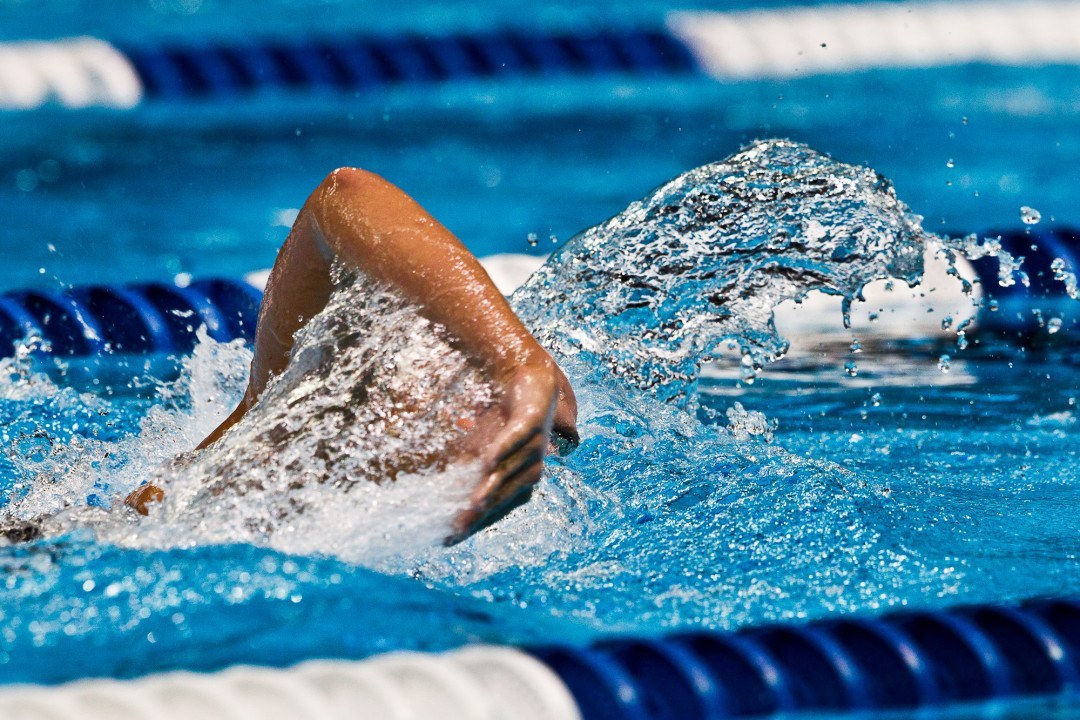 15-year-old Morgan Hill of Machine Aquatics continued her strong run of swims at the Potomac Valley State meet Sunday night, winning the 100 free to complete the sprint free double for the weekend.

Hill went 56.32 another lifetime-best after winning the 50 in a PR yesterday as well. This race accounted for a 1.5-second drop for the on-fire Hill. She beat Virginia’s rising sophomore Leah Smith (56.94) for the 100 free title.

Meanwhile on the boys’s side, NCAP’s Andrew Seliskar won one race and took second in another to cap off the weekend. Seliskar was 2:04.23 in the 200 IM, highlighted by a 36.8 breaststroke split, which was where he really blew the top off the field. The rising high school senior was also second in the 100 free just a few events earlier.

There, Michigan Wolverine grad Sean Fletcher picked up the win, going 51.18. That beat out Seliskar’s 51.88 – Fletcher showed his early speed, putting up the only 24-second front-half split of the field to grab a lead he’d never give up.

Texas sophomore Jack Conger crushed the 200 fly, going 2:00.79. Swimming with his home club, Machine Aquatics, Conger went out in 56.84, leading by a full four seconds at the 100-turn. He wound up winning by almost 3 over NCAP’s Ben Southern.

The women’s 200 back was another blowout, with Virginia Cavaliers standout Courtney Bartholomew going 2:14.88 with a strong closing 50 of 34.41, the best in the field.

Continuing Virginia’s dominance, Luke Papendick won the men’s 200 back, going 2:02.96 to blow out the field by almost four seconds.

Finally, the 1500 free went to Rockville Montgomery’s Andrew Greenhalgh in 15:53.78. The Johns Hopkins swimmer won by about ten seconds while chopping 17 off of his personal best.

I expected a much faster 800 free by Leah Smith. Around 8.25. Especially after 2 great best times in the 200 free and the 400 free.
She was probably a little tired.
Still a very successful meet for her.

Also a great meet for Morgan Hill on sprint.

Seliskar and Conger with decent times at this training meet.

Now rest, shaving and taper.
And fireworks in Irvine! 😎

Wow! Great distance free times for a 12-year old. Congrats Madelyn! Those swims represent only one thing – a lot of hard work. Keep it up.