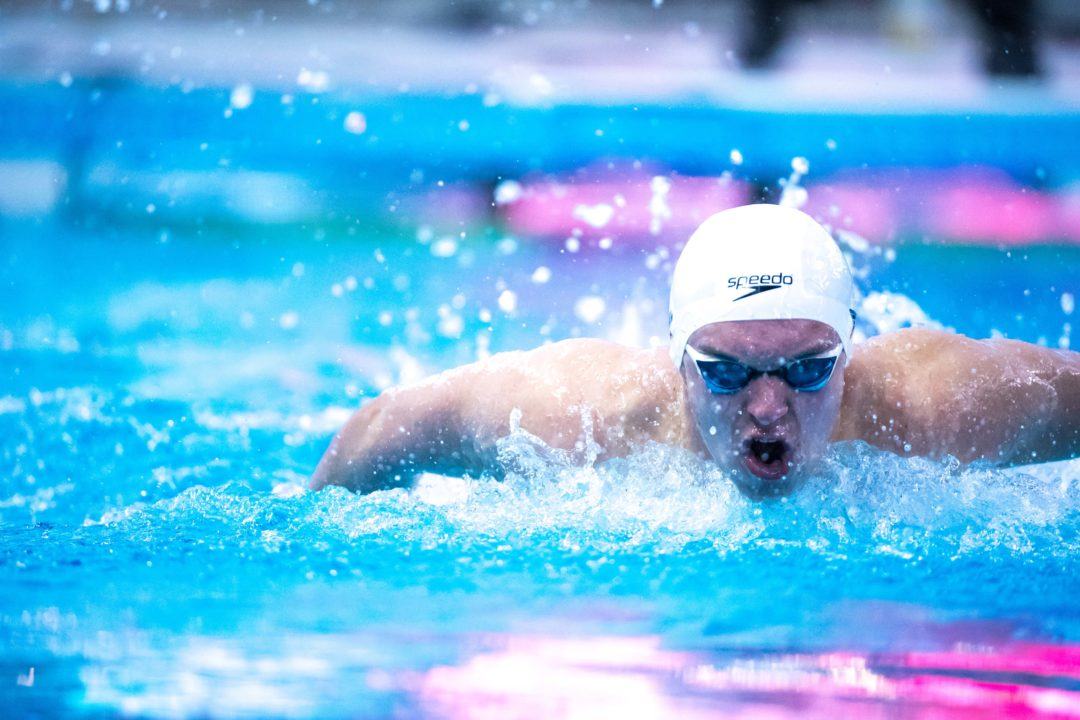 Cody Bybee won the 200 free by over nine seconds with an impressive time of 1:34.02. Archive photo via Mike Lewis/Ola Vista Photography

The Hawken girls dominated this meet, surging to a team title with over double the points of the 2nd place team finisher, Hathaway Brown.

The meet was much closer on the boys’ side, with University School finishing ahead of Hawken by only 8 points. University won the meet without winning any events, a testament to their depth.

Cody Bybee of Bellbrook was the big star of the meet, winning two individual events and dropping big times in both of his events. Bybee, an Arizona State commit, won the 200 free with a 1:34.02, a win by over nine full seconds. Meanwhile, in the 100 fly, he was 47.36 to finish well ahead of 2nd place Zeb Hart of Hawken (48.61). Hart is Bainon Hart‘s older brother, and his older sister is Crile Hart, a freshman at Kenyon and a D3 standout.

Adam Chaney of Fenwick swept the sprints, going 20.40 in the 50 and 44.26 in the 100. The sophomore has been in headlines lately as part of the NAG record-breaking relays from the club team Mason Manta Rays with the Foster brothers Jake and Carson.

In the 100 back, there was a tie for first between Columbus Academy’s Jacob Eismann and Bellbrook’s John Sampson (49.34). Another ASU commit, sophomore Will Rose, was just one hundredth back at 49.35.

US won the medley relay.