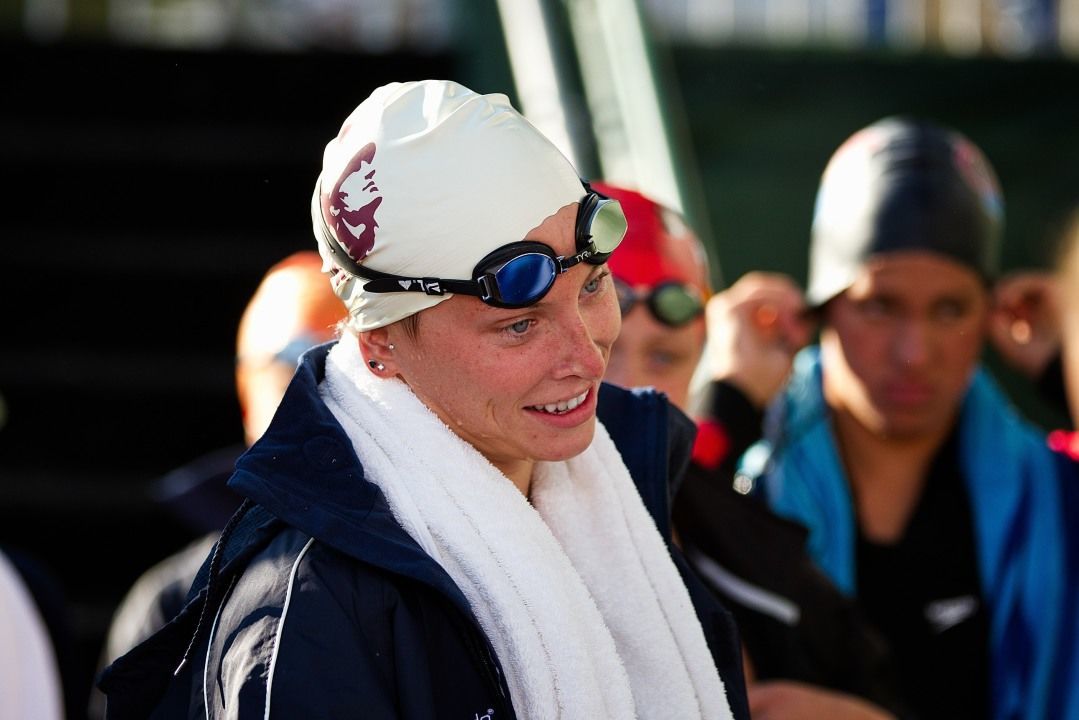 There, Anderson was in a dog fight with Triangle Aquatics’ Ashley Twichell and North Baltimore’s Becca Mann. They were all very close, but Anderson made her move towards the last turn to really bring it home hard.

Mission Viejo’s Stephanie Peacock, who won the 2015 Crippen Cup 10k earlier this season, managed a ninth place finish in the race, coming in with the tightly bunched third pack.

The second pack that was ahead of them featured Eva Fabian and Christine Jennings who finished fourth and fifth respectively.

The win for Anderson is a big one following a slight disappointment in the 10k where she mirrored last year’s results with a silver medal. She’s coming off a Pan Pac gold in that event.

In that race, she was less than four tenths off winner Becca Mann’s time in very tight race.

To see full results from the women’s 5k, click here.

So of our two female open water studs, one swims for Bob Bowman’s program and the other is on Dave Salo’s team. Awesome.

As opposed to where?

Salo’s had a lot of success with open water swimmers… and Bowman is Bowman- like him or hate him, his program does a lot of work and he’s had some good success with HS aged distance girls (Runge and Mann once they moved over, specifically).

Yeah, I think it’s cool that they come from two programs that we tend to think of as being polar opposites.

Gotcha… lately my sarcasm filter has been permanently switched to ‘max’

No biggy, I reread and and see how that “awesome” at the end could be read as deadpan.

When will it be announced who made all the open water teams and who is going where this summer??

Gotcha… lately my sarcasm filter has been permanently switched to ‘max’