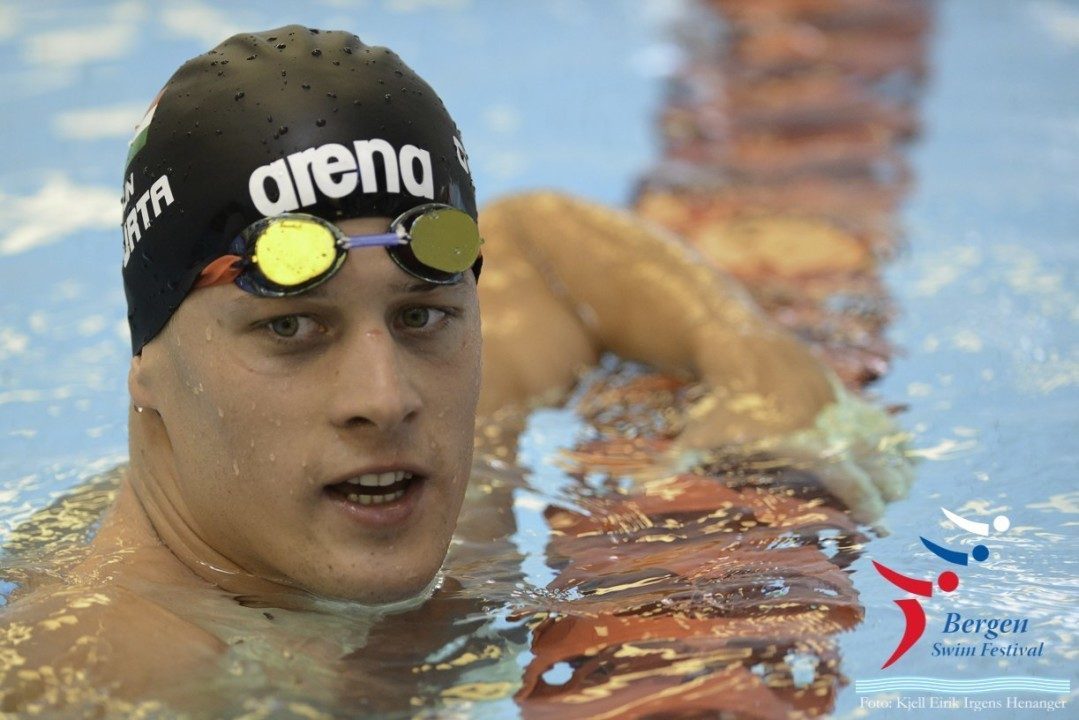 After tying for 16th place in the prelims of the men’s 100 breast with New Zealand’s Glenn Snyders, Hungary’s Daniel Gyurta scratched the swim-off, allowing Snyders an automatic berth into the semi-finals tonight.

Snyders and Gyurta both clocked 1:00.26 to tie for 16th, as a very fast prelim session this morning saw 14 different men crack the minute barrier. Adam Peaty of Great Britain led the way in a new world record time of 57.55, leading the field by nearly 1.5 seconds.

Though it is somewhat of a surprise that Gyurta scratched the swim-off, it is understandable considering the 100 breast has just been an ‘extra’ event for him for most of his career. His main focus will be on the 200, where he is the defending Olympic champion and former world record holder.

That was the fastest 100 breast Gyurta has done in two years, as his best time from last year was just 1:00.60. His best time stands at 59.53 from the London Olympics where he just missed a medal finishing 4th.

Snyders, on the other hand, specializes in the 50 and 100 breast, and will look to get under a minute tonight to give himself a shot at making the final. He broke 1 minute at four consecutive Championship meets from 2011-2014, until failing to do so in Kazan last year. He did qualify for the Olympic semi-finals four years ago as well, ultimately finishing 15th.

Snyders will swim in lane 8 of the first semi-final tonight.