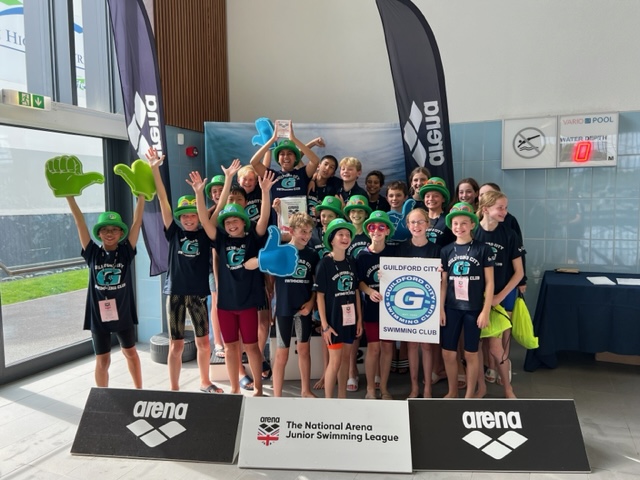 Amassing a total of 192 points, the team from Surrey earned the team crown, with this year’s competition representing just the second running of the junior edition of England’s long-running Senior Arena Swimming League.

Guildford City, last year’s runners-up, was able to hold off Camden Swiss, who settled for second place with 179 points while Chelsea & West rounded out the top 3 squads with 159 points.

The 33-event final featured swimmers aged 9-12 competing in both individual and relay events. The 8 total teams who participated were decided based on earlier round results of their swimmers racing the same 33-event program within a designated window for each round.

On the club’s victory, Guildford SC Junior Age Group coach Sam Tierney commented, “this was an utterly amazing performance from every member of our team. They all supported each other and swam out of their skin, whether that was racing individual or relay events.

“It’s been a brilliant day which we’ve all enjoyed and I would like to thank the other teams for such a great competition and all of the officials and helpers who put on such a great meet.”