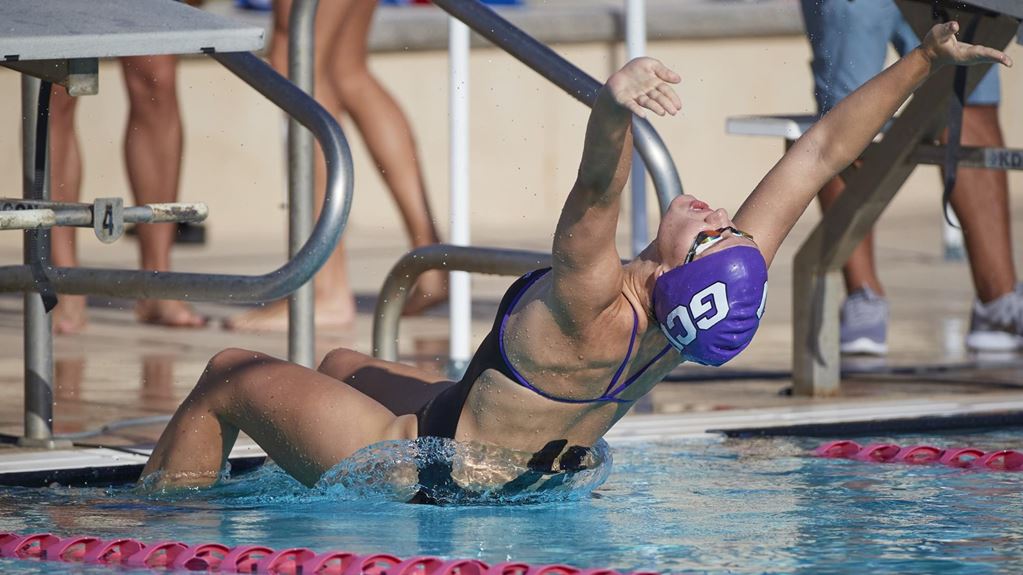 The Women’s WAC Champs kicked off tonight with the 200 medley and 800 free relays. Grand Canyon and Northern Arizona, the two top conference title contenders this year, are tied going into the first day of individual racing tomorrow.

Grand Canyon opened up the meet by winning a very tight race in the 200 medley relay. Northern Colorado got out to the early lead thanks to a stellar 24.89 backstroke split from Madelyn Moore. Grand Canyon was nearly a second behind after Briana Rittenbach led them off in 25.77. GCU chipped away at the deficit on breaststroke, with Emily Muteti splitting 28.65 to Chelaine Van Der Westhuizen‘s 28.89 for Northern Colorado. GCU then made up the rest of the gap, as Kaitlyn Carr split 24.61 on fly to Katelyn Bergin‘s 25.22. Claire Banic closed it out for Grand Canyon, anchoring in 22.26, while UNC’s anchor, Saana Liikonen, posted a 22.48. Grand Canyon finished in 1:41.29, with Northern Colorado right behind in 1:41.48.

Northern Arizona won the 800 free fairly handily, thanks to a 1:48.50 split on the 3rd leg from freshman Annie Carlton. Katherine Smith led NAU off in 1:51.43, and was followed by Maddy Rey in 1:52.73. Francesca Criscione anchored Northern Arizona in 1:51.06, touching for a final time of 7:23.72. Carlton’s split was the fastest in the field, and the only split under 1:50 in the field. This performance also bodes well for NAU’s future in the event, as Carlton, Rey, and Criscione are freshmen, and Smith is a junior.