Gracie Wielar to Join Brother Drake in D1, Albeit as Different Wildcat, with Verbal to Villanova 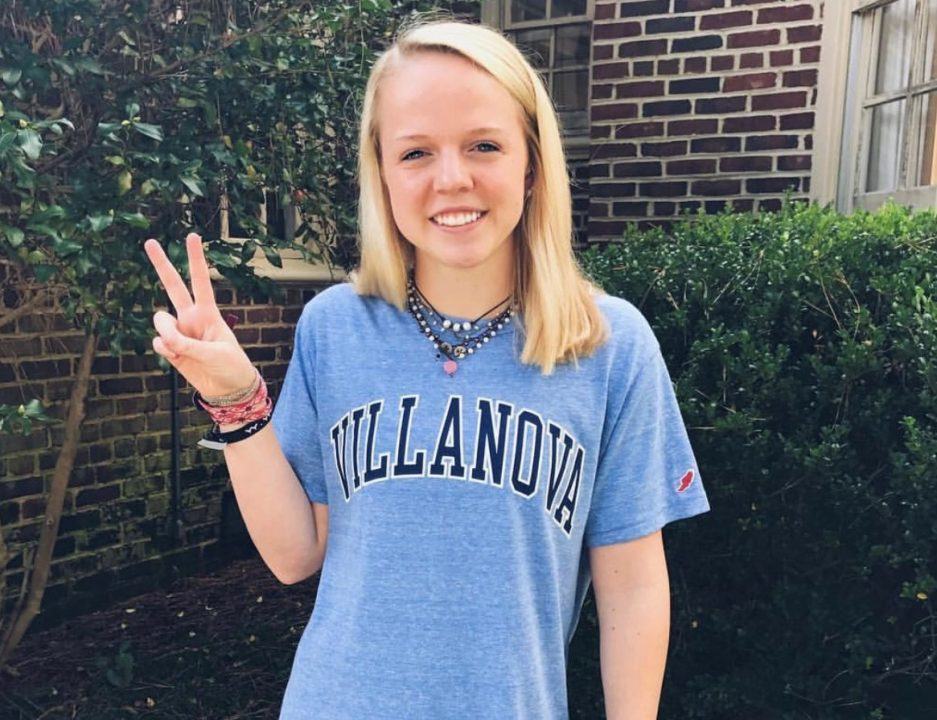 Gracie Wielar of St. Catherine's School and NOVA of Virginia has verbally committed to Villanova University's class of 2022. Current photo via Gracie Wielar

A year after her brother Drake Wielar verbally committed to swim for the Davidson Wildcats, Gracie Wielar has announced her intention to become a Villanova Wildcat in 2018-19.

“I am super excited to announce my verbal commitment to swim and study at Villanova University! I knew right when I stepped on campus that this would be my new home. The team and coaching staff were so kind and welcoming. I can’t wait to be apart of the Wildcat family.” [sic]

Wielar is a USA Swimming Scholastic All-American from St. Catherine’s School in Richmond, Virginia. She holds the League of Independent Schools (LIS) records in the 200 free and 100 fly and the Virginia Independent Schools Athletic Association (VISAA) state record in the medley relay. At the 2017 VISAA Swimming & Diving Championship, Wielar contributed to SCS’s state title with a 6th-place 200 free, 3rd-place 100 fly, a 25.23 butterfly leg on the record-breaking medley relay, and a 51.17 split on the runner-up 400 free relay. She is the captain of the school team and holds five school records.

Wielar swims year-round NOVA of Virginia Aquatics and has been to NSCA Juniors four times. She was on two state-champion winning relays this summer and was a member of the fourth-place 400 medley relay squad at 2017 NCSA Summer Championships.

Wielar’s sweet spot is the 200, and she is versatile enough to be able to fill in wherever the Wildcats need her most.