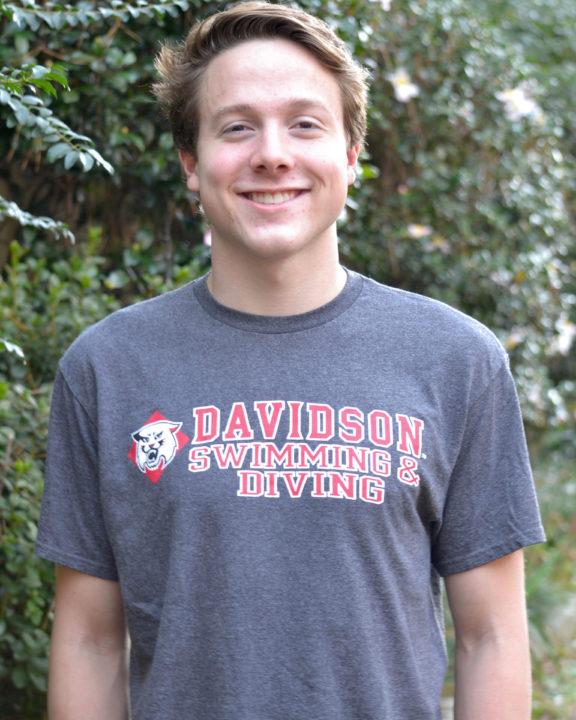 Drake Wielar, from Richmond, Virginia’s St. Christopher’s School and the club team NOVA of Virginia Aquatics, has made a verbal commitment to the Davidson College Wildcats. Current photo via Drake Wielar

Drake Wielar, from Richmond, Virginia’s St. Christopher’s School and the club team NOVA of Virginia Aquatics, has made a verbal commitment to the Davidson College Wildcats for the 2017-18 season and beyond. As such he will join fellow class of 2021 commit Remy Skerjanz from South Carolina.

“I visited Davidson over the summer and met with the whole coaching staff. Coach Young is without a doubt one the brightest coaches I’ve ever met. On my visit, I had a chance to see the team atmosphere and it was very similar to what I have here at home. With Davidson being one of the best liberal arts schools in the country and one of the prettiest, it was hard to not love the school. I’m very excited for the next four years and can’t wait to be a Wildcat!”

In his first three years of high school, Wielar qualified six times for the VISAA Swimming & Diving Championships and disputed three finals. He has been a member of four St. Christopher’s state final-scoring relays, and has contributed to the Saints’ second-place team finishes in each of his years. At the 2016 Virginia Independent School Championships, Wielar finished sixth in the 100 free (48.00) and 11th in the 50 free (22.15). He also led off the 200 free relay (22.30) and went 47.69 on the second leg of the 400 free relay.

Davidson men finished seventh in the Atlantic-10 last year, locked in a three-way battle for fifth place with George Washington and George Mason; the Wildcats finished just 27 points behind GWU and 25 behind GMU. The A-10 scores only an A final and a B final, and Wielar is already very close to scoring position at the conference level in the 100/200 breaststrokes. Given the huge time drops he had this past season, it is not unreasonable to think he will be an impact player right away when he shows up at Davidson. His top SCY times, and his year-over-year improvements, are:

All that hard work paying off drake! Go Wildcats!