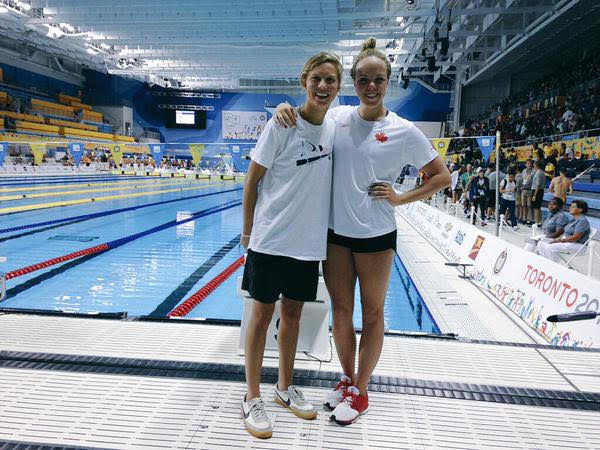 MINNEAPOLIS – The action continued for Gophers at the 2015 Pan American Games in Toronto this past week. Following Samantha Harding’s eighth-place finish in the women’s open water 10k (2:04:37.7), Team Canada and Minnesota teammate Kierra Smith took home gold in the 200-meter breaststroke. After establishing a new Pan Am Games record in prelims (2:25.41), Smith went head-to-head with fellow Canadian Martha McCabe in the final. Smith lowered the Pan Am Games record again with a 2:24.38. McCabe followed for second with a 2:24.51, allowing the Canadians to go 1-2.

Janzen led off on the relay with a split of 1:59.61. In her individual events, Janzen picked up fifth place in the 400-meter freestyle with a time of 4:11.32, and finished sixth in the 200-meter freestyle (2:00.34). Janzen, member of the class of 2015 that won four-straight Big Ten Championships, had to withdraw from her final NCAA Championships this past spring due to injury. This was her first competition since the Big Ten meet at the end of February.

Night one was highlighted by Danielle Nack breaking the Minnesota school record in the 200-meter butterfly with a time of 2:13.40. The previous record was 2:15.00, set by Kaylee Jamison in 2010. This marks the tenth record that the Gophers squad has broken in 2015 so far. See a complete list of the ten broken records.

Daryl Turner picked up four Olympic Trials cuts in four days, taking home the gold in both the 100-meter backstroke (55.88) and 100-meter butterfly (53.82). Turner was the top point scorer for the Gophers during both the dual meet and championships seasons and will be a junior this fall.

In a Gophers-packed 100-meter breaststroke final, Conner McHugh finished with a 1:02.70 for the gold. Minnesota alums Josh Hall and Jared Anderson followed for second and fourth respectively and Eric Sande finished eighth. Sande dropped nearly two seconds in the 100-meter breast prelims, picking up his first Olympic Trials cut with a time of 1:03.67.