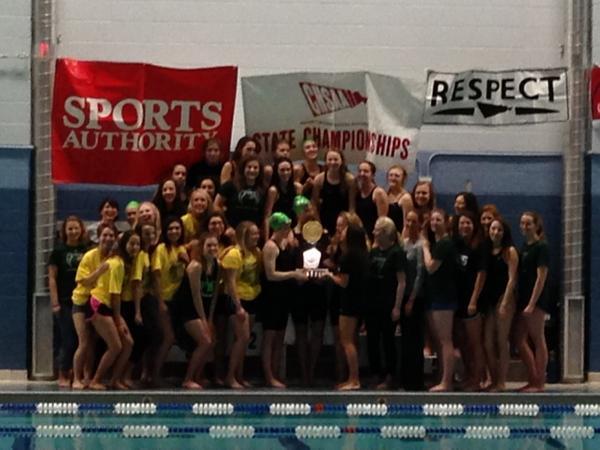 Tasha Marchant, who earned All-Colorado Coach of the Year for the 2014-15 season after leading the Fossil Ridge High School... Archive photo via Tasha Marchant's Twitter account

Tasha Marchant, who earned All-Colorado Coach of the Year for the 2014-15 season after leading the Fossil Ridge High School girls’ swimming team to the Colorado Class 5A state title, has decided to step down from her position in order to spend more time with her family.

As reported in The Coloradoan on Tuesday, Fossil Ridge athletic director Ken Denning made the announcement about Marchant’s departure. Coach Marchant, who has a one-year-old daughter, was reported to have said, “At the end of the day, I just don’t want the time away from my family. It’s a lot of time, and awkward times with swimming.”

Marchant spent the last two seasons at the helm of the Fossil Ridge girls’ team In fact, it was her second stint as the Fossil Ridge coach; she had led the SaberCats for another two-year stretch several years ago. Between the two coaching jobs, Marchant took time out to become a registered nurse.

This past season Fossil Ridge was home to All-Colorado swimmer of the year Bailey Nero, as well as Zoe Bartel, Riley Hoffman, Bailey Kovac, Bayley Stewart, and Lesley-Ann Knee, all of whom were named to the All-Colorado team.

In addition to their state title in 2014-15, the SaberCats were state champions in 2011-12, placed second in 2012-13, and third in 2013-14. According to The Coloradoan, Marchant said about the team, “I think if they remain cohesive as a team, they could be the best team in the state again next year. There’s incredible talent. It will be fun to watch them through the next year.”