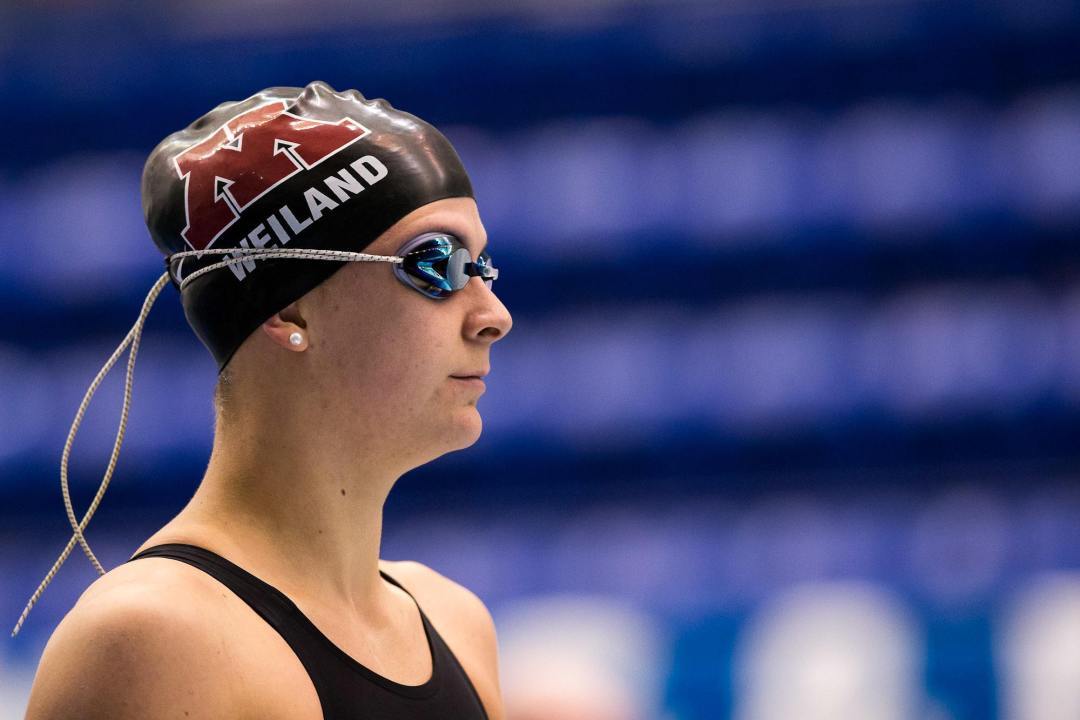 The Minnesota Gophers were the latest team to get hot on the road this season, heading way down south to beat the Florida Gator women Saturday morning.

This is a big win for Minnesota, which has won three straight Big Ten titles but hasn’t had a chance to dual any true top 10 teams during that stretch to announce their presence on the national stage. Minnesota, 10th at last year’s NCAA Championships, can consider this a real statement meet, beating Florida, 6th in 2014, by a wide margin in the Gators home pool.

On the men’s side, it was all Florida, though, capped off by a run of four straight individual swimming events to close the meet where the Gators went 1-2 or 1-2-3. Big in that effort was Matt Elliott, who seems to be taking over the 200 fly role, at least mid-season, for a team that graduated two All-American 200 flyers last season.

One of the biggest intrigue factors in the Florida-Minnesota women’s meet was a clash of sprinters. Among the best swimmers on both sides are Minnesota senior Becca Weiland and Florida junior Natalie Hinds, and both specialize in a mix of sprint free and fly.

The two went head-to-head three times over the course of the dual in some spectacular clashes.

Hinds drew first blood as both women anchored their 200 medley relays. Florida jumped to an early lead on Sinead Russell‘s 25.46 backstroke split, taking advantage of Minnesota’s lack of an established sprint backstroker. But the Gophers fired right back, hitting Florida’s most glaring weakness on Kierra Smith‘s 28.24 breaststroke split. Then freshman Danielle Nack finally put the Gophers into the lead with a blazing 23.82 on butterfly, leaving Weiland and Hinds in a showdown on the final leg.

That was an early set-back for Minnesota that looked daunting – a 14-point swing right out of the gate. But the visitors immediately went to work at tearing down the lead. Freshman Brooke Zeiger came up huge, beating Florida’s Jess Thielmann in the 1000 free 9:44.67 to 9:45.76. Both times move into the top 10 in the nation this year, and suddenly Minnesota had flipped a 5-point deficit into a 4-point lead.

That set up the second showdown between Weiland and Hinds in the 50 free. Florida trailed by 20 and desperately needed a big win, but this time it was Weiland who got her hand on the wall first, 22.89 to 22.91. That was the moment it looked like Minnesota was really starting to wear down their opponent, leading by 29.

Lexi Tenenbaum won 3-meter diving by a single point over Kahlia Warner to keep the Minnesota momentum going. But then Hinds was back, taking on 200 free champ Votava in the 100-yard distance. This time it was Hinds who came out on top, 49.60 to 49.78.

That started a bit of a run for Florida, as the Gators went 1-2 over the top of talented freshman Zeiger in the 200 back. It was Georgia Hohmann who led the charge at 1:56.25.

But the win streak stopped cold with the 200 breast as Kierra Smith once again twisted the knife in Florida’s weak spot. Smith absolutely blew away the field, going 2:09.46, a season-best and the 2nd-best time in the nation.

Then came the final Weiland-Hinds showdown. Each had taken one of their battles thus far, and so the 100 fly was the swimming version of baseball’s “rubber game.” It was actually the Minnesota freshman Nack who led at the 50-mark, but the two wily veterans reeled her in over the second half. Weiland had the best close of all, though, powering away to a win in 53.94. Hinds was forced to settle for second in 54.51, just ahead of Nack’s 54.84.

That was basically the nail in the coffin for Florida. Minnesota stood 13 points from clinching the meet with three events to go, and the Gopher diving corps decided to grab all 13 at one time. The Gopher ladies went 1-2-3 on 1-meter, led by freshman Yu Zhou‘s 337.05 points.

Zeiger dominated the 400 IM in 4:14.94, beating Thielmann by four and a half seconds, though the meet was already won by that point. The Gophers ended things in overpowering fashion, going 1-2 in the 400 free relay. Weiland provided a 50.08 split on the winning relay, which went 3:22.38.

The final score was Minnesota 183, Florida 117, keeping the Minnesota women undefeated and sending Florida to 3-2 on the year.

Florida kicked off the men’s meet in dominant fashion. The Gators went 1-2, keying on the breaststroke leg to put the Gophers in a hole early. Corey Main, Matt Elliott, Christian Homer and Caeleb Dressel went 1:27.91 to lead the way.

The 100 back saw Gator sophomore Jack Blyzinskyj beat out Minnesota sophomore Daryl Turner 48.58 to 48.80 in a battle of bright young backstroking talents. Turner led at the halfway mark, but Blyzinskyj had just enough left in the tank to close out the win.

Florida pulled another 1-2-3 sweep in the 100 breast, though. Eduardo Solaeche was the leader at 54.90, with freshman Erik Kahr second. Not swimming that race was longtime breaststroker/IMer Matt Elliott, who jumped into the 200 fly instead, winning in 1:48.75. That was another 1-2 finish for Florida. Elliott has now swum the 200 fly in three different meets this year, suggesting that maybe the team sees the senior as someone who can fill in the event after the graduations of Marcin Cieslak and Sebastien Rousseau.

In the 50 free, it was the freshman Dressel who took the win, though he couldn’t quite break the 20-second barrier, going 20.00.

Turner won the 100 free with no Dressel entered. The Minnesota sophomore was 44.42 to easily top Florida’s Nicholas Alexiou.

Minnesota fired back with a 1-2-3 in 1-meter diving, but by that point the meet was out of hand. It was Matt Barnard who took that event, scoring 337.05.

That capped off a 167-125 win for Florida, getting the Gators back in the win column after a tough loss to Georgia on the road last week.