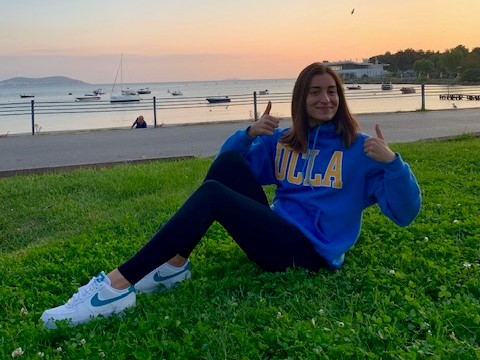 15 National Records across all age groups, including 4 all-ages national records, were broken last week at the 2019 Turkish Swimming Championships. This is part of a December record-breaking onslaught that saw 23 open-age National Records broken in the month of December for Turkish swimmers.

Last week’s open records in long course included 3 by Turkish men and 1 by a Turkish woman. In the men’s 200 free, Baturalp Unlu won in 1:48.77, which broke the old National Record of 1:49.15 that was set at the 2016 Olympic Games by Doga Celik. That improves the 17-year old Unlu’s previous best time of 1:49.29 that was done at last summer’s World Junior Championships.

American-based Umitcan Gures, a sophomore member of the Harvard men’s swim team, took out the National record in the men’s 100 fly. After swimming only prelims of the 50 free (23.26), Gures became hyper-focused on the 100 fly. That began with a time trial on day 1 of the meet, where he swam a 51.97 to break the old Turkish National Record of 52.20 that was set in 2017 by Turker Kaan Ayar.

Then in the individual 100 fly event, he cruised to a 58.16 in prelims before going full bore one last time in the B final, but came up .01 seconds shy of his time trial swim with a 51.98. His goal was the Olympic Trials “A” qualifying time, which stands at 51.96. His record-setting swim ties him for 7th in the world so far this season.

A 3rd National Record on the men’s side came from Berkay Ogretir, who swam 2:10.64 in the 200 breaststroke. After cruising through prelims, he broke his own Turkish Record of 2:11.09 that was set in May of this year. He too would later time-trial that race, the only stroke and distance he swam at the meet, to chase the last half-second for a Turkish Record, but he landed short there in 2:10.89.

Gizem Guvenc added a women’s National Record to the Turkish tally as well, swimming a 1:58.61 in the 200 free on the meet’s final day. That makes her the first-ever Turkish woman under 2 minutes in the race, and she knocked over 2 seconds off the old National Record of 2:00.62 that was set earlier this year by 16-year old Beril Bocekler. Guvenc’s swim will also count as the 17-18 National Record, as Turkey’s two best swimmers nationally in this race are still juniors. She now ranks 12th in the world this season.

She also won the 100 free, with a best of 55.74 in the preliminary round. Guvenc is committed to race at UCLA in the United States beginning in the fall of 2021.